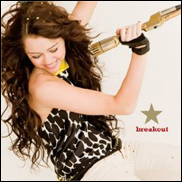 LOS ANGELES (CelebrityAccess MediaWire) — Unlike her previous tours, tickets to virtually all of Miley Cyrus's dates are still available through Ticketmaster and other affiliated vendors.

This is in stark contrast to Miley's 2007 tour (under her nom de guerre, Hannah Montana) when tickets to virtually every show sold out almost instantly, only to re-appear at inflated prices on secondary ticket vendor websites such as StubHub.

This time around, the teen singer opted to go with a paperless ticketing system, ostensibly to battle scalpers, a move that may have proven unpopular with her fans. The system requires that ticket purchasers present the credit card used to purchase the tickets at the venue at the time of the show in order to gain admission, making it virtually impossible to give the tickets as a gift, or for a fan without a credit card to attend.

Another factor in the down-sell of this year's tour may be that this is the first time that Miley's touring without a bump from her alter-ego Hannah Montana. If you've been living under a rock for the last few years, Cyrus plays a pop-star named Hannah Montana who lives a secret double life as an ordinary (well, Disney's version of ordinary) high school student on the exceedingly popular, eponymously-named Disney television show.

The upside for the young singer is that tickets for the tour, which isn't slated to start until the September, just went on sale last week. – CelebrityAccess Staff Writers