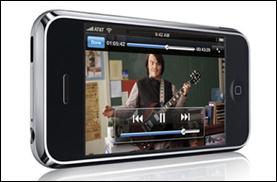 NEW YORK (Hypebot) –
A new Nielson study "The State of Mobile Video: Promise vs. Progress" concludes that at its current 6.5% penetration level, it’s easy be pessimistic about mobile video. But with 70% year over year growth, it may be wiser to be a cautious optimist.

According to the analysis, mobile video is a transformational technology that will require real shifts in consumer behavior. So while mobile video may have a long way to go before having a dramatic impact, when it does – "when mobile video adoption further dissolves barriers of video’s time and place" – the beneficiaries will be those who participated in its evolution, concludes the study.

Some highlights from the report: