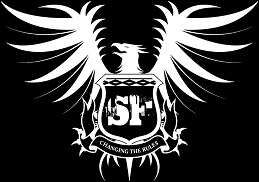 SAN FRANCISCO (Hypebot) – What would a band look like if it readily embraced the principles of open source and free culture?

Severed Fifth is a San Francisco Bay Area metal act that intends to do exactly this.

Founded by community management strategist and author Jono Bacon, the group is positioning itself to create change in the music industry.

Taking lessons from the open software and free culture movement and applying them to music, Bacon has started what he's calling the "Open Band" approach.

1. To put open distribution and community at the heart of the band, and to use these elements as catalysts to build growth and awareness.

1. To build success around Severed Fifth and create an example of how the "Open Band" approach can work in practice. Bacon wants to create a model to make music that both free culture lovers and regular bands can use.

According to Bacon, his music project has three core principles:

1. We give the music away freely: Like open source, this encourages redistribution and awareness, and empowers fans to harness the content, share it with friends, and ultimately bring more listeners to the band (in the same way open source has exploded in popularity due to the free availability of content for users to test and assess if it works for them).

2. We build community: I have taken my experience in community management to build a community around Severed Fifth. This helps fans feel part of a project they can contribute to. We have done this in the form of the Severed Fifth Street Team.

3. We socialize Severed Fifth Fair Pay: We encourage people to pay what is fair and reasonable to them to help support the band. This is powered by PayPal and anyone with a piece of plastic in their wallet can contribute. Thanks to the free availability of content and the community feel, people gain a closer connection to the band. In turn, they are more likely to contribute. We have already seen many financial contributions from fans.

Severed Fifth has put out an 11-track demo for free, under a Creative Commons license, created an active and passionate street team, and produced an app.

To raise the level of his project, Bacon has started an album funding project with the goal of creating more professional sounding music.

Thus far, he has raised nearly $3,000 in their campaign with a goal of $5,000 – without using Kickstarter or PledgeMusic. Not a bad start. Bacon notes that this is only the beginning of this project, but so far, the results are promising.

While his community management background is certainly to his advantage, he may be able to create a successful and repeatable template for other artists.