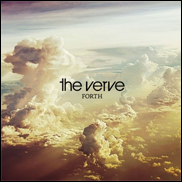 It's been 11 years since British band the Verve released its last studio album, 1997's emotional "Urban Hymns," and unleashed its hit anthem "Bitter Sweet Symphony" onto the world.

"Forth," the rock group's first album since reuniting last year, is a musical conundrum — a slight return to form but also horribly meandering.

Lead singer Richard Ashcroft, who jumped into a solo career post-Verve, and talented guitarist Nick McCabe, whose tensions with Ashcroft have been well documented, are back with 10 tracks that ricochet from catchy indulgence to plodding balladry.

The album's first four songs, from the melodically rocking "I Sit and Wonder" to the dance-centric "Love is Noise" and soulful "Rather Be" are a reminder the Verve can churn out worthy tunes.

However, later songs such as "Numbness" induce just that. "I See Houses," trudging along on a piano refrain, and "Columbo" are aimlessly experimental. The album's lyrics overall succumb to a litany of clichÃ©s.

Live, the Verve is still on top, with Ashcroft's voice strong and McCabe's psychedelic guitar explosions beautifully executed. At a one-off Las Vegas show in April, the band thrilled onstage, getting standing ovations for old tunes and cheers for "Love is Noise" and "I Sit and Wonder."

However, on record the Verve's reunion deserves few cheers, and way more groans.

CHECK OUT THIS TRACK: "Sit and Wonder" jump-starts "Forth" with McCabe's signature woozy licks, and Ashcroft honing his vibrato into a drawn-out moan, lamenting, "I sit and wonder about the things she does."