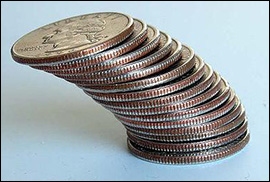 (Hypebot) – It seems the industry has finally reached a point where music streaming revenue has become the greatest contributor of royalties for both artists and labels and, as purchases continue to drop, this increasing prominence of streaming will reshape many other aspects of the industry.

By Glenn Peoples, Music Insights and Analytics at Pandora

Music streaming is hitting a tipping point in the United States. The majority of royalties paid to artists and record labels will soon come from selling access rather than selling things. It’s a major shift that’s already bringing changes to nearly every aspect of the music business.

In the first half of 2016, streaming’s share of total recorded music revenue jumped to 47 percent from 32 percent a year earlier, according to midyear data released by the RIAA. This 57-percent gain is comprised of royalties earned from non-interactive services like Pandora, on-demand streaming services such as Apple Music (in the paid category), YouTube (in the ad-supported category) and Spotify (in the paid and ad-supported categories).[i]On the strength of streaming, total recorded music revenue improved 8 percent.

As the market tips there is evidence that people are more willing to pay to access music. The RIAA counted 18.3 million on-demand subscribers, a 101-percent year-over-year improvement. With Pandora’s on-demand service waiting in the wings — the company has publicly stated it will debut by the end of 2016 — the on-demand sector should be strong again in 2017. There’s a constellation of factors at play. People are being presented more and better options. Services are becoming more convenient. Improved discovery features help subscribers find music for just about any taste, mood or activity. Streaming fits many use cases, from the automobile to the office. And people have become comfortable with streaming media in general.

Other data point to upside in the subscription category. According to a recent MusicWatch survey of Internet users age 13 and older, 28 percent of the 25-to-34 demo and 22 percent of the 18-to-24 demo had used a paid on-demand service in the last 30 days (that includes usage of free trials, so it’s likely that fewer people were actually paying). The 35-to-44 age group wasn’t far behind at 20 percent. These numbers are a good start.

Subscription services have room to grow, particularly if they can deliver to consumers the right product at the right price. Music streamers have had to choose between paying nothing (for limited feature sets) and $10 per month (for the premium product) with almost nothing in the middle.Reaching the middle of the market will require some flexibility on product and price.

One approach has been Pandora Plus, a mid-tier, $4.99-per-month product with half the price of a premium on-demand service, unlimited skips and no advertisements. The kicker is a new feature not available to either the free, ad-supported product or the previous incarnation of the ad-free product, Pandora One. Pandora Plus will automatically download four stations — a user’s three favorites and Thumbprint Radio — for offline listening. The feature allows people to listen to Pandora on airplanes, in hilly areas with poor mobile coverage, and away from WiFi without worrying about mobile data allowances.

Another way to gauge the today’s music market is to compare revenue received from purchases and non-purchases. Purchased music revenue (from CDs, LPs, downloads, ringtones and video) is still greater than non-purchased music revenue but only by the slightest margin of 50.1 percent to 49.9 percent. Streaming is 94 percent of purchase revenue. The remainder is synchronization royalties from the licensing of recordings for audio-visual works such as films and commercials. So as of June 30 the purchase/non-purchase race was basically a dead heat. Assuming current trends continue, this tipping point will definitely occur by the end of the year.

Why are purchases becoming the minority revenue source? Album and track downloads, a once dominant format, are going the way of the CD. Download revenue, mainly from iTunes and Amazon, fell 17 percent in the first half of the year, a problematic decline given the format accounts for 61 percent of all purchased music revenue. It’s not a cliff — not even the CD has fallen off a cliff — but it’s a steep decline that has little chance to slow or reverse itself.

And vinyl, in spite of heavy media attention for its comeback from being marooned on an island of crate-diggers and DJs, is only 12 percent of purchase revenue. It was surprising that vinyl sales fell 7 percent this year. Sales and cultural relevance (Record Store Day has become a global event!) have been rising and last year vinyl posted a 51-percent gain in 2015. Even so, the LP has become a staple for the album format and a popular product for fans who still want something tangible. Vinyl could even overtake the CD in 2 or 3 years, although for perspective it’s currently just 13 percent the size of streaming revenue. The format may work for album-based genres like indie rock and Americana, but it will continue to be a small fraction of the industry’s total take.

The tipping point isn’t just about statistics. It’s a change in consumer behavior stemming from a change in music distribution. Cloud computing offers to consumers features and experiences that are impossible with other formats. The music experience can be personalized far beyond the helping hand of a record store clerk. Services can learn about a listener and make accurate recommendations. Virtual album collections can be stored and accessed from an anonymous server. Favorite music can be easily shared with friends. In most cases, all that’s required is payment of a monthly fee. Ownership does still matter, by the way. A separate MusicWatch survey found many music streamers still place value on owning a download. And that’s not to mention the rise in vinyl sales. But mass behavior is clearly shifting away from the old ways of collecting, storing music and hearing music.

With a change in format comes changes throughout the industry. Marketing and promotion have the same goals but reach those goals in different ways. Resources spent getting download sales or radio spins are being shifted to getting songs onto playlists. As seen with Pandora’s acquisition of Ticketfly, artists will be able to sell concert tickets to people who stream their music. Listening data will provide valuable insights to artists and labels (Pandora’s Artist Marketing Platform is a good example). What’s more, streaming is a more valuable platform than broadcast radio. To be precise, artists and labels receive an incremental $70 million for every one-percent share of audio listening that migrates from broadcast radio, which pays no performance royalty, to Pandora.

Remember, the RIAA’s figures were for only the first half of 2016. Get ready for a changing of the guard when calendar year 2016 figures are released early next year.

[i] SiriusXM Radio is counted as streaming even though it derives the vast majority of its revenue from satellite radio rather than its webcasting platform. For the sake of simplicity, I will follow the RIAA’s methodology and keep satellite radio in the “SoundExchange Distributions” bucket. SoundExchange is the performing rights organization that receives royalties from non-interactive webcasters, Sirius XM and cable radio services and distributes them to artists and record labels.
Subscribe to CelebrityAccess Here