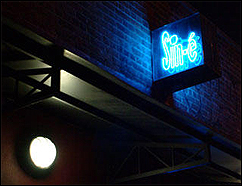 In recent times, the 225-capacity venue has hosted such prominent acts as the Yeah Yeah Yeahs, Damien Rice, Jon Spencer Blues Explosion, and The Walkmen.

“Fittingly, these acts follow in the Sin-é's tradition of giving a voice to emerging musicians while celebrating the energy of the NYC scene,” Sin-é said in a news release.

A message on the club's Web site said simply: “It's been a great run and we would like to thank all those who have supported us through the years. To all the bands, booking agents, staff, friends and patrons… Thank You.” –by CelebrityAccess Staff Writers