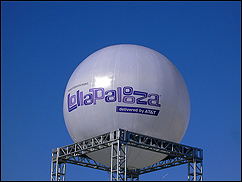 CHICAGO (CelebrityAccess MediaWire) — Lollapalooza producer C3 Presents has announced that the festival will offer tickets without any service fees for this year’s annual summer concert, set for August 3-5 at Chicago’s Grant Park.

Organizers are hoping that a print-at-home ticket option will lower the cost of shipping physical tickets, according to a Billboard. Tickets will also be available through boutique ticket agency Front Gate Tickets.

Early bird tickets were released yesterday for $165 for 3-day passes, with the price increasing to $195 once the early bird allotment sells out.

Charlie Walker, a partner with Austin-based C3 Presents, said the decision to eliminate the service fees came from listening to the fans.

“We do a pretty good job of communicating with our customers year around,” Walker told Billboard. “We didn’t want any add-ons; we wanted (fans) to feel like we heard and answered their complaints.”

Walker said that the new no-service-charge policy will apply to all future C3 Presents-produced events, including the annual Austin City Limits Festival and a new country music festival set for this fall.

“It’s not a groundbreaking idea,” he told the magazine,” but after listening to our customers, it seemed like the right thing to do.”

The full Lollapalooza lineup will be released on April 12th. Grunge rock legends Pearl Jam have already been confirmed as headliners. –by CelebrityAccess Staff Writers