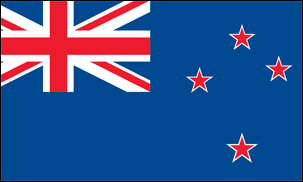 WELLINGTON, New Zealand (CelebrityAccess) — In an effort to lure more big name international artists to New Zealand, the country has moved to ease visa requirements with the changes due to take place later this year.

"Cutting the red tape will make it much easier and cheaper for the world’s top performers and their entourages to come to New Zealand," says TIA Policy & Research Manager Simon Wallace.

The changes are a part of the country's Tourism 2025 growth framework, which aims to double annual tourism revenue to $41 billion over the next decade.

“It makes New Zealand a much more attractive destination for these big-name acts, which is great news for Kiwi music lovers and for accommodation providers, restaurants, bars, retailers and other attractions which benefit from the business that big concerts generate.”

Sally Attfield, TIA Hotel Sector Manager, says because music events can be held in the shoulder and off-seasons, they can create demand for accommodation and other services at what is typically a quieter time of the year for tourism businesses.

“TIA advocated hard for this change, particularly on behalf of our hotel members. This is an excellent result and shows the economic benefit of tourism and Immigration New Zealand working closely together.” – Staff Writers