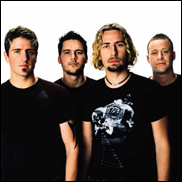 TORONTO (CelebrityAccess) — Canadian rockers Nickleback have cancelled the remainder of the dates for their 2015 No Fixed Address Tour while the band's frontman Chad Kroeger recovers from surgery.

Kroeger, who was diagnosed with an intracordal cyst on his voice box in June, recently underwent surgery and must remain on vocal rest as ordered by doctors for the next six to nine months in order to fully recuperate.

Nickelback cancelled the second leg of the 2015 North American tour in June when doctors first diagnosed Kroeger with an operable cyst on his vocal cords. They were scheduled to resume the European leg of the tour in September, but doctors have advised Kroeger remain on vocal rest for the next six to nine months in order to fully recuperate.

Affected dates on the most recent round of cancellations were for the band's European tour leg, which kicked off in Helsink on Sept. 30th and wrapped up in Minsk on Dec. 7th.

“Most of all, we are sorry to miss our fans out on the road this fall, but Chad’s health, healing and full recovery are what is most important right now. With the proper amount of time, we hope to have him back stronger and better than ever before. We thank everyone for their support and understanding during this time and look forward to getting back out on the road and playing music for everyone again real soon," a rep for the band wrote on their website. – Staff Writers