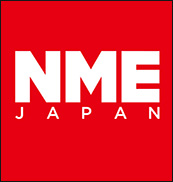 NME's Japanese web outlet will feature breaking news and feature pieces on new and established Japanese artists, as well as curated and translated content from NME.com. Kyodo will support the news portal with editorial content and a calendar of live events in Japan for both Japanese and international artists.

The two companies have collaborated on the launch of both a desktop and a mobile app, and will stage a series of promotional live events, starting with a show by Jesus & Mary Chain in November.

Yoshito Yamazaki, president of Kyodo Tokyo, added: “We are extremely excited to work with NME, an innovative and renowned media brand with a long history. When we had The Beatles at Nippon Budokan in 1966, it was the first time the venue had been used in Japanese history for an event other than martial arts. Sir Paul McCartney returned to Japan to perform there again in April, and NME has named this venue as one of the ‘14 Legendary Rock Venues in the World’.

“We are now to start this project with the most influential UK-based music media brand, at the same time as hosting great performances from Sir Paul McCartney at this historical venue, half a century after he performed there as The Beatles. It is our pleasure and responsibility to introduce live entertainment by talented, international artists to the Japanese market while our Japanese artists are introduced to the world.” – Staff Writers