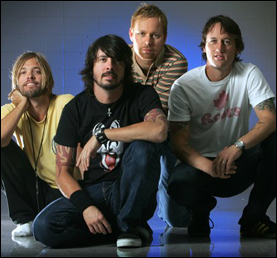 TORONTO (CelebrityAccess MediaWire) â€“â€“ The third annual Virgin Festival Toronto is getting ready to rock Toronto Island once more, with the news today that international superstars Foo Fighters and legendary Brit-rockers Oasis will headline Virgin Festival Toronto on September 6 and 7, 2008. Other exciting bands are listed below in the line up.

Currently in the midst of a standing-room-only Canadian arena tour, international stadium headliners and multiple Grammy Award winners Foo Fighters will close day one. In their first Toronto performance since their 2006 Air Canada Centre show sold out in just an hour, Oasis will take to the stage on September 7 to close day two of the festival.

In its first two years, Virgin Festival Toronto exploded into the biggest rock music festival in Canada, drawing more than 75,000 music lovers and more than 100 world-famous artists (not to mention going through more recyclable beer cups than they could count). More stellar world-famous and up-and-coming local acts will be added to the lineup as the summer starts to shine.

"The reason why people love Virgin Festival is simple. It's because we love the music, too," said Richard Branson, chairman of the Virgin Group and founder of Virgin Mobile Canada. "When I first started Virgin a huge part of it was inspired by a passion for music. Each year, Virgin Festival Toronto gets bigger and better but is still so authentic. That genuine need to share and celebrate music runs in everything Virgin does. Coming to Virgin Festival and seeing fans having the time of their life with their favourite bands â€“ there's simply nothing better."

"Teaming up with world-famous heavyweights Oasis and Foo Fighters shows that Virgin Festival Toronto will totally be the music event of the summer," said Andrew Bridge, director of Virgin Festivals. "When we announced last year's headliners BjÃ¶rk and Smashing Pumpkins it kicked off a buzz that grew all summer long. This year will be even bigger. That excitement will grow as we announce more global superstars and shine the light on local acts on the rise. We've got a lot more up our sleeves for Virgin Festival Toronto, so stay tuned."