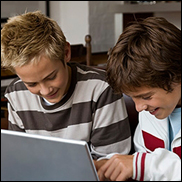 ONLINE (Hypebot) – Teens age 13-17 bought 19% less music in 2008 than they did in '07 according to a new NPD survey. CD purchases declined 26% and paid digital downloads fell 13% compared with the prior year. 32% of the teens who bought less digital music "expressed discontent" with the music available and 23% said that they already had enough music. 24% of teens said they had cut back all entertainment spending.

The downturn in paid acquisition was also matched by a downturn in the number of tracks downloaded from P2P networks which also fell 6% in 2008. The number of teens borrowing music, either to rip to a computer or burn to a CD, fell by 28%.

WHY BUY WHEN YOU CAN LISTEN FREE?