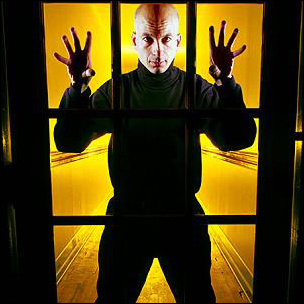 Since you possess great powers of analysis, any thoughts re this:

well, it's more complex than a usual Lefsetz Letter, but first, I disagree
with this:

"It is facile to blame record companies. Whoever those old Canutes were, the
executives who wanted to defend an old business model rather than embrace a
new one, they left the business long ago…."

second, I first wrote about this issue at length EIGHT years ago!

there was plenty of time to start crafting a new way of thinking about music
then.

Here's the thing: plenty of people, including people like me, are seeing the
core element of their business, the thing that used to be scarce, go away.
There's probably 11,000 times more smart writing about business available
for free now than there was ten years ago. Is that good for me or not?

You can look at that as a problem or an opportunity.

What I do know is that no one particularly will miss the limo drivers, the
executives, the guys who put stuff in boxes–hard working folks all–when
they listen to something digital or read an ebook. So the challenge is to
reinvent the industry so that creators can make an impact (and perhaps a
living). I don't think the answer is more lawyers or more executives. I
think it's about building tribes and connections and permission and things
that users value.

From: Bob Lefsetz
To: Seth Godinv

Also, do you have a view on an ISP tax?


From: Seth Godin
To: Bob Lefsetz

the problem with an ISP payment system is that many of the people on the
'other' side are disorganized, short-sighted and unable to bundle up all the
rights. Music industry craziness.

So you're saying the rights holders can't make a reasonable offer?

I'm saying that if the universal jukebox was offered as a fun and efficient
way to listen to music, and it was really universal and it was really cheap,
then it certainly wouldn't be seen as a 'tax'. All the music you want comes
automatically with your internet connection and it's only $2 a month? That's
hard to get into a fight about, I think. It only becomes an issue when it's
not complete and it's not high rez and there are all sorts of exceptions and
it doesn't include the Beatles and it's run by someone who does stuff with
your credit card and it's unevenly enforced and on and on…

Model: cable TV. People paid extra for it from the beginning. Was that a
'tax'?

I'm guessing it's way too late, because we've trained two generations to
believe that digital music doesn't cost. We've certainly trained them that
buying it isn't fun. Shouldn't it be fun?

So, assuming you have everything, is it about baking it into the ISP
fee/mobile subscription, or do you think there's a viable business in
getting people to pay.

I think it's too late to get the scale of buy in you would need as a stand
alone site.

I think if you offered it as a checkbox item either at search engines or
ISPs, your cost of sale goes up, but so does your adoption.

The trickiest part of predicting this is you have many markets, not just
one. You've got old and young, techie and non techie, rich and poor, music
fan, audiophile, etc.

it's a mess. I don't know how to fix it. If I did, I would tell you. The
problem, as you can see, is that you need commitment and consistency on the
sell side, but instead, there's confusion and dissent.

Imagine AOL growing in 1992 if it was run by 200 guys with big egos on three
continents.