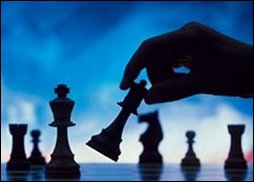 "There's no one in this room I haven't screwed."

In "Moneyball" there’s a fascinating, as in unable to put down, recounting of Billy Beane’s efforts to get the players he desires before the trading deadline.
Let’s be clear.

The players are under contract to other teams. Beane is operating with little cash. But he knows the game. And utilizing his insight and knowledge, he’s doing his best to wheel and deal and get what he wants.

He just doesn’t phone someone up and make them an offer. He does research, finds out who else wants the player, tries to get them off the scent by offering them someone else… He inserts himself into other people’s deals. And he gets away with it all, because people like him, and they like the action.
I’ve been railing against music business school, and will continue to do so, because some things you just can’t learn in a classroom.

Hell, if you want to know everything there is worth knowing about the music business in a book, buy Don Passman’s "All You Need To Know About The Music Business." It lays out the contracts, the money, from there, you’re on your own.

And it’s he who is on his own who wins in the music business.

Actually, it’s usually he who is operating with his own cash who wins in the music business. Because if you blow your wad, you’re out of the game, you care just a little bit more when it’s your money.

How does Irving Azoff do it? How does he spit in his partners’ faces?

First and foremost, they’re partners. Because Irving’s got something to sell. That they need.

If you’ve got nothing to sell, you’re toast in this business, a nonstarter.
Going to music business school? Find an act! Then you’ll have power, then you’ll be in the game!

But good acts are so hard to find.

RIGHT! Which is why you shouldn’t be spending your time in school if you want to play in the big leagues. The odds are low. By going to school you’re looking for insurance. Just like there’s no crying in baseball, there’s no insurance in the music business. If you can’t draw a crowd, if you can’t generate revenue, no one’s interested, irrelevant of what you’ve done before.
Irving started off by controlling acts. He did so well by the Eagles that this led to other acts signing on at Front Line. Good word spreads fast. In other words, it’s not your line of b.s. so much as your track record. Irving won for his artists. That built his stable.

And once he had his stable…he had something labels and promoters wanted.
And then the games begin.

As the cliche goes, it’s not show friends, but show business. The titans at the top of this business have no friends, they’re so fearful of being screwed and screwing one another.

All those promoters Irving says he screwed? They screwed him too. Do they teach you how to do this in music business school, how to keep two sets of books?

But despite there being no friends in the music business, you’ve got to be friendly. Irving is successful because of his charm.

If you’re not the type who makes friends, if you’re glum and downtrodden, you’re not gonna make it in the music business. Maybe you can succeed as an artist, as someone in production, in the studio itself. But you’re never going to be a wheeler-dealer.

It’d be like going to Caesar’s and finding out all the employees are depressed.
No, in Vegas, the help is upbeat and friendly, otherwise you wouldn’t be interested.

Music is a casino. The acts are the chips.

And then you play.

But the goal is to eliminate as much of it as possible.

You don’t want to take chances. Which is why big acts make deals with Arthur Fogel. Sure, they could probably sell out without him, but what if they don’t? They don’t want to shoulder that risk themselves…

So, Irving knows all the players, he’ll talk to nobodies and up and comers, which too many titans won’t, which is why he’s lasted and they haven’t, and he cracks jokes and makes people feel good. He reveals intimacies, he becomes faux friends, and then he gets what he wants. You give it to him. Because you’re charmed and you need what he’s selling and you know he’s gonna be around tomorrow.

Sometimes you take a loss today, run red ink for the opportunity to be in the black tomorrow.

But it all comes down to the deal.

And to do the deal you need knowledge.

You need to know not only systems, the ones delineated in Passman’s book, but how the entities subvert those systems. Sure, you might be owed royalties under the contract, but what if the label is underreporting, what if they’re just not paying at all, which happens all the time.

If you roll over and cry, turn up your palms and say there’s nothing you can do, you’re done. You’ve got to be innovative.

Maybe you hold up the release of the record of another act under your control. Funny what you can do to make money rain.

And it’s just about a tiny edge. Billy Beane just wanted the A’s to be a little bit better, that’s all it took.

Billy either knew or had access to knowledge of every player in the business.
Have you been to every shed and arena? Do you know who did well there and who did not? Who said they sold out but really papered? Do you have the relationships to extract this knowledge?

Media makes it seem like the winners are just like you and me. That if we study hard, we’ll make it.

Nothing could be more wrong.

Yes, the game is rigged against you. In order to play, you’ve got to know how it really works.

And once you do you’ve got to figure out how to be everybody’s "friend" while gaining information and getting what you want.

Irving was not the first.

Geffen came before him.

Someone else will come after.

But don’t decry the man, study him.

That’s what’s wrong with this business. No-talents and losers who just don’t understand how the big shots earned their status.

Do you think Jimmy Iovine made it because he’s the world’s greatest record producer?

He’s not. But he’s got a way of ingratiating himself, making you believe he’s on your side, that he can get you what you want and where you want to be if you’d just sign up and play ball with him.

Would Mutt Lange have made it without Clive Calder and Ralph Simon?

Not only did Mutt have the knowledge, making sound-alike records for eons, he had a team that was looking out for him, fielding opportunities, he was part of their inner circle.

It’s hard to do it alone, you need a team.

And the winners are working 24/7. They only watch TV or go to the movies when it’s business. Because it takes all your effort to win.

Negotiation is the businessman’s up. It’s their time at the plate.

Swing really hard and you’ll hit a homer when you connect, but that won’t be too often. Everybody knows who negotiates too hard, if you’re winning all the time, somebody’s losing and they’re not happy about it. If you need to take everything, soon you’ll end up with nothing.

It’s a skill. Developed over time. You’ve got to have the kishkas for it.
But without a talent for negotiation, you’ll never make it, don’t think otherwise.