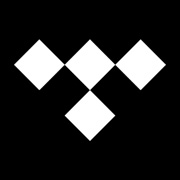 Now let me get this straight…piracy can be eradicated if artists just band together in the name of money?

That's what this is all about, cash. For the misguided artists who believe this is their financial savior but primarily for Jay Z, who's using OPM (other people's money) to have a big score.

But it don't really happen that way at all.

Then he would have learned to go where there's no competition. That's how you win in the tech space. But Spotify's got traction, Apple has a ton of cash and Deezer and Rdio are players. If you think Tidal's gonna walk right in and get huge market share, you probably believed iTunes Radio was gonna neuter Pandora. But it did not. Hell, even Jimmy Iovine couldn't neuter Spotify. Beats Music was a disaster in its initial incarnation. Give Jimmy credit for selling the enterprise to Apple, but without the profit-making headphones, there wouldn't have been billions involved.

Headphones… A market where the usual suspects were asleep. Sennheiser, AKG, even Sony, they could not see the opportunity right under their noses. So Jimmy walked right in and gained market share, hell, built a MARKETPLACE, and the established entities are still trying to catch up.

And why was Spotify successful? Because of the deep pockets of the owners, who were willing to lose on the way to winning. Beats Music did not have these deep pockets, and Tidal certainly does not. Unless the artists are all willing to kick in double digit millions, out of their fortunes, to turn the tide.

But that's what a VC does. That's his area of expertise. To see Jay Z try to triumph in tech is like watching WME and CAA and Universal lose cash on their investments/incubated projects. IT'S NOT THEIR BUSINESS, NOT THEIR AREA OF EXPERTISE! Why don't you just decide to play in the NBA while you're at it, or watch a lot of YouTube videos and become a doctor. Sure, we're all envious of the money techies make, but if you think it's easy, you don't know any of them, or their stories.

So first and foremost you've got to pay for Tidal.

And therefore it's dead on arrival. Just like Apple's new music service. Because people are CHEAP! They love their money more than their favorite artists, never forget it. And the kind of person who pledges devotion to Tidal artists is the same kind who's home alone, broke, waiting for their parents to put cash on their debit card. Now if Tidal had a free tier… But it doesn't. It can't afford to lose that much money. It's not about the long haul. No one in music has been about the long haul since the turn of the century. First you get traction, then you monetize/charge. Can you say Instagram, can you say Snapchat? But suddenly, just because Jay Z is a famous musician he expects all of his fans to pony up ten bucks a month? Raw insanity.

As is the position of the artists on the stage. I'd be much more impressed if they all ankled their deals, got rid of the major labels and went it alone. That's why they're not making much money on Spotify, not because of the free tier, but because their deals suck. But these same deals apply on Tidal! They've got to license the music from their bosses! It's utterly laughable, like nursery school kids plotting against the teacher, or a kindergartner running away from home. Grow up!

And sure, if you loaded Tidal with exclusive content it would be attractive.

But the iTunes Store wouldn't promote your new release. And that's where your money is today, and we've already established you've got a short term vision.

And what about future artists? How do they get a share of the pie?

And let's say a new Hozier comes along, and Spotify outbids you, they certainly have deeper pockets. Then your monopoly on exclusive content falls apart, you Balkanize the landscape and you hurt everybody in the ecosystem.

And artists can't get along with themselves, never mind others. True artists are singular. Come on, when's the last time you saw Madonna compromise, or do a solid for another performer? Suddenly, everybody's gonna play nice and get along? And how do they decide whose album gets promoted and for how long? We've seen this movie before, read "Hit Men" for instruction. Artists are all about the edge. Labels couldn't band together to get rid of indie promo, some just saw it as an advantage, they'd pay when others wouldn't, and then everybody paid once again.

Furthermore, right now Tidal doesn't have critical mass and artists need other platforms to succeed. You don't expect retaliation? I do. I certainly expect artists to break ranks, to provide content to other companies, therefore dissipating the hegemony.

And this is a big story today, what about tomorrow?

That's what we've learned in the internet era, it's about staying power, not the launch. Tidal is news this afternoon, by tomorrow no one is talking about it, never mind next week. Then the hard work begins. Are all these artists going to walk the streets in sandwich boards, garnering sign-ups like a political canvasser gets signatures? Of course not.

But then maybe someone will buy Tidal, and everybody will get paid.

But who is that company?

Amazon is not about acquisitions.

Who is gonna be that stupid?

Maybe there's a mark out there, but probably not. Because investors are savvy. That's how they made all that money to begin with.

So why don't these artists go home and write compelling music.

Jay Z is the king of branding deals, but his Samsung app/album sank like a stone, despite NBA Finals commercial and all that Korean kompany marketing.

Because music is first and foremost about the art.

And great artists are lousy businessmen. There are exceptions, but they're rare.

As for the self-promotion and the buying of the story by the press, I point you today's Boy Genius Report wherein Jonathan Geller delineates how geeks trumpeted something that was not successful and investors poured in after the press took the bait and then the app tanked when Periscope launched.

It's not like the public has never heard of Spotify.

And the public determines success, not the press.

Are they going to all fork over triple digits a year to stream on Tidal?

"Meerkat is dying – and it' taking U.S. tech journalism with it": bit.ly/1NtZyjq.