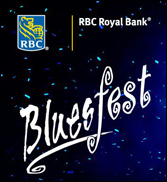 OTTAWA (CelebrityAccess MediaWire) — The Ottawa Bluesfest has struck a long-term partnership with RBC Royal Bank, to sponsor the event in Canada's Capital for another five years.

The festival, which has been staged since 1994, has grown to become a major summer event in North America. The festival is still 'powered' by Cisco and previous sponsors of the event include organizations such as the Ottawa Citizen, the National Post, Bell Mobility and CIBC Wood Gundy.

A lineup for the 2012 edition of the festival, which is scheduled for July 4-15, is expected to be announced on April 24th, during the official launch event.

"RBC Royal Bank is proud to partner with North America’s premier music festival because we have two great things in common: we both continue to evolve to provide our customers with the best possible experience, and we are 100 per-cent committed to Ottawa from both a business and cultural perspective," said Jeff Boyd, Regional President, Ontario North and East, RBC Royal Bank. "This is great news for our customers, for Ottawa and for RBC Royal Bank. We are delighted that RBC Royal Bank and our customers will now be able to benefit from this new partnership and we look forward to growing and enhancing the festival over the coming years." – CelebrityAccess Staff Writers