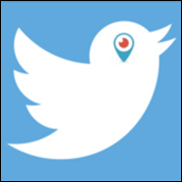 (Hypebot) – Periscope can be a great way for artists to connect with their fans by offering them a look backstage, playing an acoustic set or just showing them a snippet of life on the road. Now that Periscope broadcasts will automatically play within Twitter, the audience size for such broadcasts is likely to grow.


In the latest live streaming news, your Periscope broadcasts will now automatically play in Twitter. Previously, Periscope streams would only appear as a link in the tweet promoting your broadcast (you did promote it…right?). Fans would have to click that link, taking them outside of the Twitter app all together.


What does this mean for you? You’ll now have a much larger broadcast audience at your fingertips than ever before. People who were casually scrolling through their Twitter feed probably wouldn’t have clicked on the link to your broadcast (no offense) unless they’re a fan or you went viral. Now those casual scrollers will automatically see your video play in their feed (sans sound) and have the option to click further. Clicking on the video will bring it full screen where viewers can hear audio and see comments and hearts from fans using Periscope.


Your fans will not be able to add their comments or send hearts through Twitter, but they will be able to engage with likes, re-tweets, and replies which stands to potentially increase Twitter engagement during your broadcast. A couple of caveats to this update: it is currently only running on iOS systems, with an Android and Web integration date still TBD, and your broadcasts will still only last 24 hours unless you save it and upload it to another platform (recommended).


So whip out your phone, go Live on Periscope, and start giving people something to watch! Whether you’re hanging out backstage, playing an acoustic set, visiting your favorite coffee shop, or hosting a live chat for fans, there are people who will watch and fans you can engage with. With this update, there are now more people you could very well convert to new fans by the end of your broadcast. If a puddle can get 20,000 viewers, imagine what you can do!