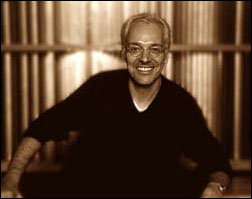 Frampton currently lives in Cincinnati; in fact, all of the performers have called Cincinnati home at one time or another.

Frampton hopes the concert, which features an array of rock, pop, and blues artists, will bring the city together for a good cause and an evening of diverse music. "My wife is a Cincinnati native, says Frampton, "and I have fallen in love with the city since we moved here last year. It's great to be able to show off the musical talent that Cincinnati has produced over the years and at the same time, raise funds to help those who need it.