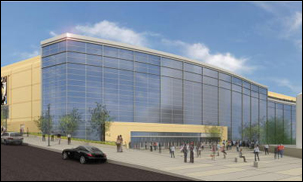 The 6-0 vote came after HOK Sport architects made some changes to a plan submitted a month ago after commissioners had rejected the plans as 'too generic.'

Among the changes included in the updated design were a modifications of the glass atrium, varying storefronts and removing some banners.

The penguins have said that the groundbreaking ceremony for the new uptown complex could happen as early as next summer. The new facility will replace the aging Mellon arena, which at 47, is the league's oldest building. The project is slated for opening by the start of the 2010-11 season. – CelebrityAccess Staff Writers