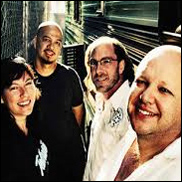 "This is the best thing that Joey could have done, and we're very proud that he's taken this step," Lovering wrote in a press statement. "We ask all of our fans to support Joey while he's on this road to recovery."

The news comes against a the backdrop of an upcoming tour of Europe and the UK set for later this year, as well as the release of the band's new album "Head Carrier" which is due later this month. While the band doesn't believe Santiago's rehabilitation will have an impact on tour plans, it will affect some of the lead-up promotion activities surrounding the album release.

As of yet, there has been no announcements regarding any schedule changes for the band. – Staff Writers