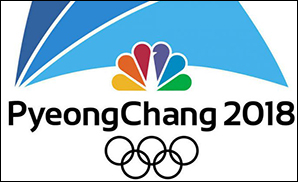 PYEONGCHANG, SOUTH KOREA (CelebrityAccess) This year’s Olympics were the first to allow skaters to compete to songs with lyrics, in the wake of a 2014 rule change partially aimed at reviving interest in the sport. In South Korea, some skaters stuck to the classics but others embraced songs from contemporary pop artists such as Ed Sheeran, Adele, Coldplay, Beyoncé, Christina Aguilera, and Lorde while Luis Fonsi and Daddy Yankee’s omnipresent 2017 hit “Despacito” found its way into three routines.

Not all the choices worked out well. German skater Paul Fentz dancing to Paul Anka’s cover of an Oasis classic led one Twitter user to lament: “Play this version of ‘Wonderwall’ in the lobby of my funeral.”

“Many of skating’s favored classical and operatic pieces have become tired warhorses,” said the Olympic-sports journalist Philip Hersh. “The best thing about the rule change is giving the skaters the opportunity to ditch them.”

“I think [the new music rules] will evolve the sport over the next five to 10 years,” adds figure skating expert Jackie Wong. “As people see these role models, like Adam Rippon or Eric Radford, I think there will be more folks who are able to express themselves differently and cross some boundaries.”

Final word goes to the bronze-winning figure skater Adam Rippon, the first out gay American athlete to qualify for a Winter Olympics who said in a recent interview: “When they allowed vocals to be used in competition it really opened the door for somebody like me to go out there and try to change it up a little bit.”