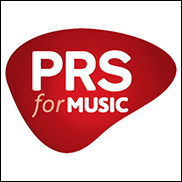 That resulted in £527 million being paid out to PRS members in 2016, up 11 percent on the previous year and crossing the half billion pound mark for the first time. Driving the growth was rises across all of PRS` four main revenue streams, with international receipts up 5 percent year-on-year to total £233 million.

Breaking down international receipts, Europe remained the biggest source of revenue with collections totaling £137 million — up 16 percent on the previous year.

Payments from North America amounted to £47 million — again, up almost 16 percent — with PRS citing the success of its songwriters and composers in the U.S. coupled with online growth as being key contributors.

When it comes to the increase in digital collections, streaming was unsurprisingly the main driver, generating the lion`s share of online revenue – £61 million, up almost 160 percent on 2015.

PRS` annual net costs rose by almost 15 percent to £80 million, which the society attributes to currency fluctuations, increased commission costs and continual investment in its services to meet the huge uptake in digital consumption. By way of illustration, the organization saw 4.3 trillion performances of music reported worldwide in 2016 — a data volume increase of 80 percent. As recently as 2012, the figure stood at 126 billion.

Last year also saw PRS — which represents the rights of over 125,000 songwriters, composers and music publishers in the U.K. and two million worldwide — pay out to a higher number of music creators than ever before, up 33 percent on 2015. The number of unique musical works and songs earning money also rose by 45 percent to 4.2 million.