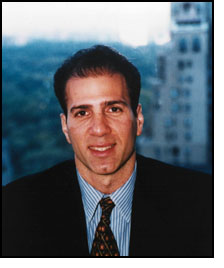 In a unanimous decision issued by the Appellate Division of The New York State Supreme Court, the previous dismissal of all 25 causes of action brought by the Pullman Group against the Rascoff/Zysblat Organization (RZO), Prudential Insurance and four other defendants was upheld.

In a vote of 5-0, the Justices affirmed Justice Beatrice Shainswit's Aug. 18, 2000 decision to dismiss each and every count brought by Pullman against the defendants. In commenting on the decision, RZO co-founder Bill Zysblat stated, "David Pullman seems to operate on the premise that if he says something often enough, people will believe him. Fortunately, the justice system relies on evidence and not press releases."

Notwithstanding Pullman's relentless advertising as creator of the Bowie Bonds, he was unable to show any evidence to support his claims.

On Aug. 18, 2000 Pullman, whose former employer Fahnestock & Co. was retained as the placement agent for the 1997 Bowie Bond deal, had each of his 25 causes of action as well as his claim for over $2 billion in damages against RZO, Prudential Insurance and four other defendants summarily dismissed on all counts. Pullman claimed, among other things, that he and not Bowie business managers RZO created the concept of the Bowie Bond, and only he had the rights to utilize trade secrets derived from the transaction.

In her ruling, New York State Supreme Court Justice Shainswit stated, "Neither the Pullman Group nor Pullman developed, or ever owned this alleged intellectual property."

Documents presented clearly established that RZO was the creator of the Bowie Bond concept. RZO then retained Pullman's employer Gruntal & Co (and later Fahnestock & Co.) to act as placement agent for this first-ever securitization. In response to other documents presented to the Court, Justice Shainswit further states that "Pullman concedes that his role…was as an employee hired to work on structured assets." She continues, "The Complaint is dismissed in its entirety against all defendants" and the Court "finds the … claims to be without merit."

That loss to Pullman came on the heels of the United States Patent and Trademark Office's refusal to allow Pullman's use of or representation that the "Bowie Bond" mark is a trademark of his or of The Pullman Group. In their ruling against Pullman, the Patent and Trademark Office states that Pullman's use of the mark "falsely suggests a connection with singer/actor David Bowie."

When asked at the time to comment, RZO co-founder Bill Zysblat stated, "I really have very little to add. Justice Shainswit's decision as well as her statements accurately reflects the facts."

Tom Cyrana, principal in Entertainment Finance International, also defendants in the suit, added, "We are extremely pleased with the decision. We continue to move forward at a rapid pace in the financing of royalty cash flows."