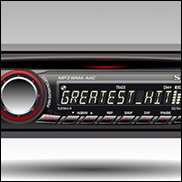 (Hypebot) – While many are unhappy with the repetitive, commercial heavy nature of radio today, it's important to keep in mind that radio was not always this way. In this article, we explore how the introduction of better data to radio programmers served to shape the nature of modern radio.

Most of us don’t like to admit it, but we do listen to a lot of radio. Granted, it’s mostly in your car these days, but we tend to spend a lot of our lives there, so for at lest some of the time, radio is what we listen to. All of us complain about the radio we’re listening to these days. Large time blocks of commercials, limited and homogenized playlists, and the same songs playing on multiple stations tend to be the biggest irritants. That wasn’t always the case though, and things only changed when radio programmers started to get better data.

Radio is built around Arbitron ratings. The higher the rating (meaning that more people are listening), the more they can charge for advertising. Everything is built around how many listeners each station has.

Years ago in the “good old days” of radio (as many remember it), ratings were determined by diaries that people filled out by hand about their listening habits. They would mark in the diary whenever they listened to a station and for how long. This was all well and good, but many people in the industry (especially advertisers) were suspicious of the data, and rightfully so. When Arbitron changed to what they called the Portable People Meter, or PPM (a pager-sized device that recorded the inaudible frequencies in radio broadcasts and kept a log of everything a person listened to throughout the day), the truth about what we really were listening to changed.

For one thing, it was discovered that people never filled out the diaries correctly. They might write down that they listened to a station for an hour, but in reality, they’d switch back and forth between four or five in that time period. They were listening to more stations in less time.

Suddenly many previously popular stations were no longer high in the ratings, and even previously hot formats like Smooth Jazz took a big hit, then disappeared.

And that’s when radio changed to what we have today. Programmers found that the more new music you played, or the more commercial breaks you took, the lower the ratings would be as a result. That led to restricted playlists and those long 7-minute commercial blocks that we all hate.

Since then, many have disputed the accuracy of the data provided by PPMs, stating that it’s picking up all the music that you encounter all day long, not just on radio stations that you intentionally tune in to. The fact of the matter is that the data about the entertainment you consume is being poured over by the companies that are providing it, and that determines the entertainment that you will be ultimately presented. Every company follows the mantra of “better data” in the hopes of improving their product or sales (pick one).

Never has this been so blatant than with your online consumption, where every click, mouse roll, and keyboard command is tracked. That’s why it’s best to remember, if you want a quality experience in the future, be very careful about what you choose to experience right now.