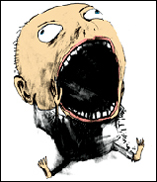 LONDON (CelebrityAccess MediaWire) — Radiohead made waves in the industry last month when they released their latest album "Rainbow" on the Internet, allowing fans to pay as little as nothing at all, to download the album.

A recent announcement of a by Parlophone/EMI of a boxed collection of the band's previously-released albums for December 10th, a release date coinciding with the lavishly packaged physical version of Rainbow seemed a surprising move and now appears to be the a manifestation of an ongoing skirmish between the band and their former label.

A poster on culture blog Boing Boing, responded to a posting about this subject with an interesting angle however.

"A publicity-shy reader writes, 'I think people need to know that the band isn't some greed machine. I can tell you with 100% certainty that EMI is putting out all those reissues without the band's participation, blessing, permission or involvement at all. They are doing it as retribution for the band's decision not to go with them in releasing the new album. Despite their contract being expired, EMI had been counting on the revenue from the forthcoming album. When the band put out the digital version of the album themselves, EMI threatened them with re-releasing their entire catalog on the same day the discbox of IN RAINBOWS was being sent out, Dec 10, unless the band gave EMI the standard physical release of the album. Of course the band/managers told EMI to piss off and were appalled that at such an important point in the band's career that their former partners would do this to them.'"