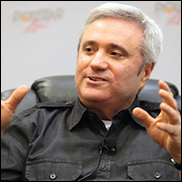 Phillips will have his work cut out for him. According to the Wall Street Journal, sources familiar with the matter said that SFX is ready to announce as soon as next week that it intends to scrap its original restructuring plan, which has proven to be unfeasible as the company's business deteriorated in the bankruptcy process.

SFX filed for chapter 11 protection in February, as it struggled with more than $345 million debt, largely related to major acquisitions of festivals and promoters in the electronic music sphere.

Mr. Phillips previously served as CEO of AEG Live since 2002, overseeing the growth of the company during a period of growth that saw the rise of Coachella and key acquisitions such as the New Orleans Jazz & Heritage Festival in Louisiana. – Staff Writers