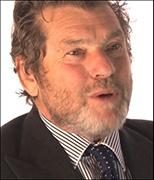 NEW YORK (CelebrityAccess) Rolling Stone co-founder Jann Wenner has been accused of sexually assaulting a man in the 1980s prior to the accuser getting a dream job at the magazine.

Jonathan Wells, in an article published by Buzzfeed News Dec. 29, said that he grew up obsessing about Rolling Stone magazine and, through mutual friends, met Wenner in New York in the early ’80s.

“They spent time together, mostly in larger group settings, at restaurants and friends’ apartment,” the article says.

“His success, his affluence, he was really fun,” Wells told Buzzfeed. “He was an exciting guy to be around.”

However, in February 1983, after a night of drinking and doing cocaine, Wells claims Wenner sexually assaulted him at Wenner’s Upper East Side home. Wells said he told five people at the time about the incident, and Buzzfeed claims to have confirmed Wells’ claim with all of them.

Wells said that the two men hired a female prostitute and, after she left, the two men were mostly naked when Wenner jumped on top of him, pinning him down.

“I was lying back and he put himself on top of me,” Wells said. “He was kissing me, but you know, normal stuff, kissing my chest. I remember him putting his penis in my mouth. I remember him sucking me, going down on me. I remember his hair on my stomach.”

The alleged attack did not result in a sexual encounter, with Wenner passing out, and Wells said he left. Although he said he was only with women until that time, Wells said the he and Wenner had consensual sex twice after the incident.

Wells eventually began working at Rolling Stone but claims he always suspected his time there would somehow involve a romance with Wenner.

“I knew when I started working there, there was always the question of a continuing sexual relationship,” he said. However, as Wells continuously refused Wenner’s requests to “hang out,” Wells said the magazine co-founder eventually backed off. Wells claimed he was fired unexpectedly in 1985 after management claimed the magazine was rearranging “the Press.”

“I am completely surprised by these allegations, as we have remained friends for almost 35 years since then,” Wenner said in a statement to BuzzFeed News. “I sincerely believed our relationship was totally mutual and consensual — absolutely, and without question. I am saddened to hear this is his memory of that evening, because it is different than mine.”