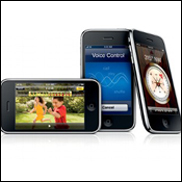 SEATTLE, WA (Hypebot) – In an age of interactive media, how to do same for music has become an increasing part of the music creation and marketing discussion in recent months. Online collaboration and remix sites meeting like Indaba are part of the answer. But for less tech savvy yet no less engaged fans there have been fewer options.

Into that void comes Romplr, a new smartphone app from Moderati, which debuts this week with Soulja Boy Tell ‘Em that allows fans to create their own mixes three hits – “Crank That”, “Hey You There” and “Turn My Swag On”. Using the key elements of the song, Romplr makes it easy for fans to mix their own unique versions and share them with friends.

In addition to the core song elements, the Soulja Boy Tell ’Em Romplr features seven additional samples to personalize their mixes. Mixes can be shared through Facebook Connect email or on romplr.com, the online interactive music companion site. More Romplr artist apps will be announced soon.


Also launching this week is Romplr Dance, which contains three original dance tracks that can be remixed by fans. Romplr will also be extended to mobile platforms such Blackberry, Android, Java, Ovi and other mobile storefronts. The company’s Virtual Zippo Lighter iPhone application has reached over four million downloads and is ranked #18 on Comscore’s all-time highest iPhone application downloads list.