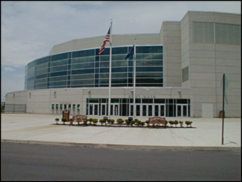 WILKES-BARRE (CelebrityAccess MediaWire) — On May 13, The The Luzerne County Convention Center Authority voted to sign a new 10-year contract with SMG for management at the former Wachovia Arena. SMG has managed the arena for nearly a decade and for the LCCCA, re-signing with them likely seemed like a simple choice. However a local newspaper sparked some controversy about the deal when they requested a copy of the management contract, a request both SMG and the LCCCA balked at.

The LCCCA eventually did agree to release the contract after it was signed by Authority Chairman Patrick Judge, who they claimed was on vacation. However, the contract they did provide to the Times Leader on June 10, had all of the dollar amounts and percentages redacted.

"SMG manages 219 facilities in the United States and around the world. There are terms and conditions contained in our agreement that might vary from one city to another and therefore we felt that the outstanding deal provided … in Wilkes-Barre was proprietary and if publicized, could potentially be harmful when SMG negotiates contracts in other cities. It could also provide SMG competitors with an unfair advantage." SMG wrote in a letter to a Times Leader reporter.

The Pennsylvania Newspaper Association took exception to the official stance of the LCCCA and noted that Pennsylvania's "Right to Know" law doesn't provide an exclusion for proprietary information.

Even if a financial record contains a trade secret or proprietary information, the Right to Know Law says it’s still public." Melissa Melewsky, an attorney for the Newspaper Association told the Times Leader.

Ultimately, SMG provided the Times Leader with a full copy of their contract with the LCCCA, even going so far as to include an unrequested copy of their food services contract at the arena.

According to the deal, SMG will receive an annual fixed fee to operate the venue, with an annual increase predicated on the consumer price index. SMG will also collect an incentive fee which will be a percentage of the operating revenues at the arena for the fiscal year. Operating fees are derived from ticket sales; ticket surcharges and fees; fees paid to the arena by vendors; fees from facility rentals and sponsorship deals, excluding naming rights for the arena.

SMG also agrees to make a capital investment of up to $200,000 on a variety of upgrades at the Arena, including new signage, awnings and menu boards. New computer inventory software and cash registers are also on tap as are repairs for the venue's pedestrian bridges at the main entrance.

SMG is also looking at changing their outdoor marquis to a new design using LED lighting and has been approved by the LCCCA to apply for matching state grants of up to 25% to help underwrite the improvement.

Another thing changing at the venue will be the arena's name as Wachovia has expressed disinterest in renewing their naming rights contract.

"We’re trying to reach a bigger audience and see what interest is out there. It’s a proven facility with over 600,000 people coming through a year. It's a great opportunity for companies to brand their products through our arena," Naming Rights Committee Chairman Dave Palermo told the Times Leader. – CelebrityAccess Staff Writers