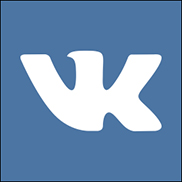 If you aren't familiar with mail.ru, the company is one of the five largest internet companies in the world, offering email, search and e-commerce services, cloud storage and social media and messaging. Its VKontakte social media platform is the largest such network in Europe and boasts more than 350 million users.

VKontakte's music playback function will return to the iOS app and a number of improvements will be made to the desktop version of the website. A separate application will be developed in partnership with UMA for a range of other functions, opening up a potentially huge new market for legally licensed streaming music.

As well, in conjunction with the deal, the companies announced that they have settled all outstanding litigation. VKontakte previously concluded settlements with Sony Music and Warner Music.