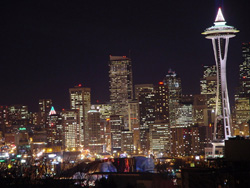 SEATTLE (CelebrityAccess MediaWire) — Manager David Meinert is calling for Seattle club owners to urge the city to reject a recent city ordinance under consideration which would create a new Nightlife commission which would oversee the development of Seattle club scene. The new committee would, under the current proposals, be given licensing authority and club owners would be required to obtain a "nightlife" license for each nightclub which they operated.

The license would include floor and safety plans and would be in addition to any liquor and occupancy licenses that club owners already had and carry an application fee of $300 dollars. While the city maintains that such licensing are an important step to insuring the continuing "vibrancy" of Seattle's nightlife, not everyone is as certain.

"This new license will be used to close any nightlife business the Mayor doesn't like," Meinert says in a so-called action alert, "As evidenced by the recent nightclub sting, this new law will be used politically and unfairly. But you do have a voice. The nightlife sting is estimated to have cost close to $700,000! It's time we stop this insanity. Let the council know what you think."

The sting he reference was a police undercover operation called "Sobering Thought" in August where undercover officers arrested 17 employees at different clubs around the city on a variety of violations involving liquor sales and firearms. Although the sting was ostensibly for the purpose of enforcing liquor license requirements for clubs, it is impossible not to view it in the larger context of building political support for the imposition of additional licensing requirements. The city council voted, sort of, last month to approve the ordinance but it doesn't go into effect until 2008 and will need to be reaffirmed by vote once more before it does take effect, in essence, tabling the whole affair for a year. So at least for now, chalk one up for the club owners. – CelebrityAccess Staff Writers