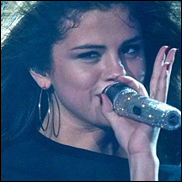 LOS ANGELES (VIP NEWS) Selena Gomez has cancelled her upcoming tour of Asia and Australia using an excuse rarely heard at the top level: she needs some “me” time.


Gomez’ reps announced last month that her international "Stars Dance" tour would swing Down Under and through Asia in the New Year, including dates in Japan, China, Malaysia, Singapore and the Philippines.


The singer and actress was booked to play 13 shows in the region from mid-January. A five-city tour of Australia – her first – was to start Feb. 1 at Perth Arena. The trek was then expected to head east for dates at the Adelaide Entertainment Centre (Feb. 4), Brisbane Convention Centre (Feb. 6), Sydney Entertainment Centre (Feb. 7) and wrapping Feb. 8 at the
The entire slate of “Stars Dance” shows in Japan, South-East Asia and Australia is now cancelled.


“My fans are so important to me and I would never want to disappoint them,” comments Gomez in a statement issued by promoter Live Nation. “But it has become clear to me and those close to me that after many years of putting my work first, I need to spend some time on myself in order to be the best person I can be. To my fans, I sincerely apologize and I hope you guys know how much each and every one of you mean to me.”


The former Disney star celebrated her 21st birthday in July with her first No. 1 on the Billboard 200, with "Stars Dance." — According to Billboard