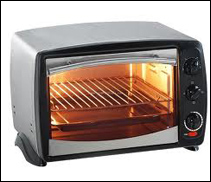 SAN DIEGO, CA (Hypebot) – The personal tech revolution that encouraged many of us to look at screens for the past 15 years or so is shifting. As we enter the internet of things, apps will no longer be bound to computers and smartphones. As it turns out, putative enemies futurists and Luddites are actually united: Neither camp wants people looking at screens all day.

The “internet of things” premise seems fantastical to some people but it is real. Speakers, walls, headphones, and other formerly “dumb” things will get IP addresses, processors, displays, buttons, and whatever else they need to obviate the need for us to stare at screens.


Back to the speakers, and how your next pair could display what song is playing so you don’t have to tap your smartphone a bunch of times or walk over to your computer like some sort of pre-millennial barbarian.


Qualcomm recently announced an alliance with The Linux Foundation to popularize a free, open-source standard for connected objects in the home called AllJoyn. The world is rife with initiatives like this, but again, this one is open source, which should give it a big advantage over proprietary formats.


“To enable any internet of things device, whether it’s a coffee maker, washer/drier, stereo, or television, to actually communicate, which just doesn’t happen,” explained Brotman. “You have UPnP, Bonjour, Zigbee, Z-Wave — all these different protocols, and nothing that takes the internet of things, which is literally a disparate group of things, and makes them the internet of everything.”


He has a couple of ideas of what this will look like for music fans, and we liked the first one so much we made it the headline of this article.


“Let’s say Panasonic has a speaker, and you have an AllJoyn-enabled television, which LG will be releasing next year,” said Brotman. “The metadata from the music that is being streamed to that speaker can be expressed by the speaker [our emphasis] and displayed on the TV with little to no effort on the part of the manufacturer. It’s just, ‘the data is there,’ and any other AllJoyn-enabled device can consume that metadata and display it to the user.”


This includes photo frames, coffee makers, and even stuff like washing machines. It’s hard to imagine a display in the home that you wouldn’t want whatever song is playing displayed on, assuming that display isn’t being used for anything else, and of course, once music metadata is flowing throughout the home, all kinds of possibility exists, like tweaking the light color by genre or tempo, or displaying album covers on everything in the home that has a color screen.


“All that context that was lost when the MP3 revolution started, all the contextual, emotional components of music were stripped away — the album art, the experience of sitting in front of your stereo in the living room, putting that record on the record player, et cetera,” said Brotman. “Most of that was stripped away, and what we’re trying to do with AllJoyn… is bring some of that context back, and do it in such a way that allows other devices to participate, so the speaker’s not just operating in a silo.”


This would not be the first time an innovation in music has changed the world.