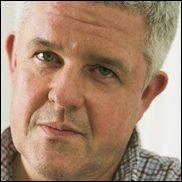 BERLIN, Germany (VIP NEWS) — After 25 ½ years company founder and owner Berthold Seliger has recently announced that he will shut down his self named company at the end of the year.


In a press release he refer to reasons such as "society, business-policies as well as considerations of a private nature".
The news itself is actually a bit of a surprise. Seliger explains that his decision has nothing to do with the business performance of his company. In fact he claims that the ongoing business year is one of the best in the company’s history.


But besides his pure business activities in the concert industry, Berthold Seliger is also known for his very distinctive comments and personal analysis of the live music sector in general. In his monthly company newsletters alongside information about artists, concerts and tours he also wrote sharp critiques on general political issues, music industry developments and even media reports.


Bearing this in mind he also extensively explains his reasons for closing down his company in his statement. Arguing that the ‘business of music’ in the last ten years has evolved "massively in the wrong direction", resulting in small companies having less and less opportunities to "co-determine" in the face of these developments.


He refers to the fact that a few global monopolistic companies dominate both the recorded music business and the live music sector. In particular, amongst other observations, he points out that this goes for instance for the ticketing business that is making more money on system and service charges than even the artists and promoters who are actually making concerts and live events happen. Due to these and other concerns Seliger concludes that he considers the "diversity of culture in danger"


But even though Konzertagentur Berthold Seliger won`t continue in the future, Seliger announced that in January 2914 he will launch a one man office for "Music, Texts and Strategies".
In fact writing is something that Seliger has been doing for years now. Besides writing a company newsletter very different from any others, he occasionally publishes articles in the Berliner Zeitung and various other magazines and newspapers.


In terms of the master class of writing, Seliger even wrote a book, entitled ‘The Business Of Music’ and he is currently on a reading tour of this. He just recently held his first reading at Reeperbahn Festival in Hamburg. In his book Seliger elaborates on subjects such as ‘Live Industry’, ‘Record Industry’, ‘Copy? Right!’ ‘Gema’, ‘Sponsoring’, ‘The Social Situation’, ‘Music Journalism’ and of course ‘Politics’. In particular in that chapter Seliger underlines that he is one the very few protagonists of the live music business who clearly expresses his thoughts and concerns regarding this matter.


If you a have chance and if you are able to understand German, take the opportunity to visit one of the dates of Seliger’s upcoming book readings in November 2014 in: it will be worthwhile!