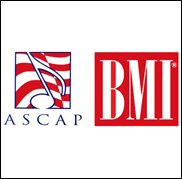 NEW YORK (Hypebot) – Are ASCAP and BMI obsolete? Sony/ATV, arguably the world's #1 publishing company, seems to think so, and is preparing to pull out of both before the end of the year, according to reports surfacing yesterday. Sony/ATV head Martin Bandier had told members in July that he was considering such a move as a way to open direct negotiations with digital and broadcast outlets. But now it appears all but certain.

The loss of one or more top publishers could cripple both ASCAP and BMI financially, and would likely lead to more defections.

Bandier and many of his member songrwriters and publishers complain that legacy performing rights organizations (PROs) ASCAP and BMI are bound by outdated rates and regulations that result in too-low payments from new digital music services.

Sony/ATV had explored a partial pullout from the PROs to collect from digital streamers. But Pandora sued and won a court judgement that publishers were either bound to use ASCAP and BMI for all songwriter royalty collections or none at all.

#2 music publisher Universal is also looking for a way to boost digital revenue, but appears more likely to see if the recent loss in court can be overturned, sources tell the New York Post.