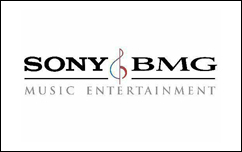 BRUSSELS (CelebrityAccess MediaWire) — The legal team working on behalf of Sony-BMG in their ongoing efforts to re-finalize their merger have alleged that the European courts have made errors in their application of anti-trust laws in regards to the union.

According to Thompson Financial's analysis of the case, SonyBMG asserts that the court has 'misunderstood the role and legal nature' in their use of a Statement of Objection, which is a formal anti-trust charging mechanism. Sony-BMG maintains that an SO should not be used as a means of reexamining the factual basis for a ruling, but merely to raise procedural issues. The SO had been issued by the European Commission as a benchmark in its assessment of the merger. They also point to what they claim are errors in standards of proof, price transparency and other issues in the evaluation of anti-trust claims.

The Independent Music Publishers and Labels Association or IMPALA unsurprisingly, comes down on the other side of the fence. They claim that Sony-BMG's case for appealing the merger doesn't have sufficient legal grounds to proceed.

In either case, the advocate general judge presiding is expected to deliver a non-binding ruling by December 13th and historically, the ECJ, the final arbiters on the matter, follow the AG's ruling about 80% of the time – CelebrityAccess Staff Writers