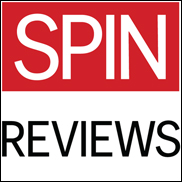 NEW YORK (Hypebot) – Spin Magazine, the 26 year old music magazine once known for it’s counter-culture reporting (today known to be more pop-culture centered), has announced that it will be moving a large portion its album reviews over to Twitter, with more than 1,500 album reviews this year alone arriving as 140-character tweets. The magazine has said, however, that it will continue to post roughly 20 full reviews each month on their website.


Spin will be pulling the majority of reviews out of its print magazine and instead will be tweeting them under the Twitter handle @SPINreviews. While it would be easy to misconstrue this as the publication calling it quits, Spin’s senior editor Christopher Weingarten had a different take on the decision:

“The standard music review, once presented as an imperious edict, has increasingly frayed into a redundant, gratuitous novelty in an era of fewer and fewer actual music consumers,” Weingarten said. “The value of the average rock critic's opinion has plummeted now that a working knowledge of Google can get you high-quality audio of practically any record, so you can listen and decide for yourself whether it's worth a damn.”

Could this move be the start of a trend that may eventually shape the future of music reviews?

"We are completely changing the way we approach reviews,” Weingarten said. “Most of our reviews were between 60 and 80 words, but people just want to get information fast and then decide for themselves if they like the music."


Weingarten continued, "The days of wasting people’s time with 1,000 words about a record that we don’t even think is good is over,” Weingarten said. “In addition, there’s something really artistic and poetic about making a review short, simple and to the point."


Given the fact that there's an overflow of music out there, this move makes sense from a logical and editorial standpoint. However, after a lifelong dedication to their craft, and all the time spent writing songs and in the studio (and all the expenses that go along with that), can a single 140 character Tweet do an entire album justice for the artist? What about the listener?