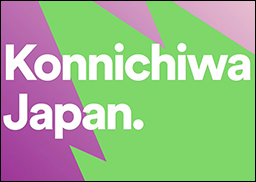 TOKYO (Hypebot) – Spotify has finally launched in Japan. The world's second biggest music market is a notoriously finicky one and slow to change. CD's still sell in large numbers there, despite early digital adoption elsewhere in the culture. With the launch also came the overdue re-introduction of a Spotify lyrics feature.

18 months after opening an office there, Spotify has finally launched in Japan. The music streamer has launched both a free service and paid premium option at 980 yen ($9.60) per month.

Japan is a $3 billion music market, ranking just below the United States. But CDs still rule in Japan, and streaming competitors already launched there include Apple, Line and Rakuten. Spotify-Logo

With the launch in Japan, Spotify has re-introduced lyrics to its apps. The popular feature, which will presumably will roll out in other markets shortly, was discontinued in June when lyrics provider Musixmatch abruptly ended that partnership. We will not allow anybody to ignore our business model," a Musixmatch spokesperson told Hypebot at the time of the split.