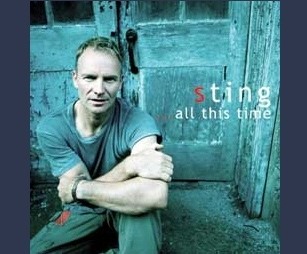 Sting will perform a free concert in New York's Bryant Park October 25, dedicated to the people of New York, and as part of the Windows XP launch in New York. The hour-long, midday concert will be produced by dick clark productions and will be webcast worldwide on MSN by RFD Productions.

"We're honored to be doing the Windows XP launch in New York and couldn't be happier that Sting has accepted our invitation to perform," said Bill Gates, chairman and chief software architect at Microsoft. "This concert gives us a chance to recognize the courage and resiliency of New York as we launch a new age in personal computing with Windows XP."

"Thursday's concert and worldwide webcast will allow me to complete the project we chose to abandon due to the horrific events on Sept. 11," Sting said of his global webcast scheduled for that day. "I am especially pleased to do this in the city most affected, and in solidarity with all New Yorkers. I am grateful to Microsoft for giving me the opportunity."

Microsoft will be making a donation of software at Sting's request to two schools affected by the Sept. 11 attacks in thanks for his participation in the Windows XP launch concert. At Sting's request, these schools will be outfitted with the latest in Microsoft software, as they work to reopen.

Tickets, which are required for the free concert, are available at several Manhattan retailers including two CompUSA stores on 57th and Broadway and 5th and 38th; FYE across from the Radio City Music Hall; three Gateway County Stores on Park and 17th, Columbus Circle and East 86th; J&R Computer and Music World on 15 Park Row; and Virgin Megastore in Times Square. Best Buy stores in Secaucus, NJ and Rego Park in Queens will also be distributing tickets.