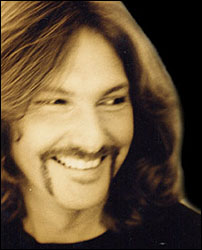 Styx lead vocalist/guitarist James "J.Y" Young stated, "We're sad to see Glen leave. We wish him well, and I'm looking forward to introducing to the world only the 10th person to ever be a part of Styx, bass player extraordinaire Ricky Phillips."

"I've known Ricky and enjoyed his work since we toured together in the 70's", stated Styx lead vocalist/guitarist Tommy Shaw. "We're pleased to welcome him to the STYX family."

Burtnik's amicable departure from Styx was based on a personal decision. "I've enjoyed performing onstage with this talented group of musicians. I greatly value the friendship and warmth shown to me by the band, the crew, the staff and the fans. It's time for me to get back to spending more quality time with my family."

Burtnik first joined Styx in 1991, replacing lead vocalist/guitarist Tommy Shaw. Shaw returned to Styx in 1996. Burtnik rejoined in 1999, stepping in for original bassist Chuck Panozzo, who remains on personal leave but continues to make occasional appearances with the band. Drummer Todd Sucherman has been a full-fledged member since just before the untimely death of original drummer John Panozzo in 1996. Keyboardist/vocalist Lawrence Gowan enjoyed a successful solo recording career in Canada, with three platinum and five gold albums to his credit, before joining Styx in 1999.