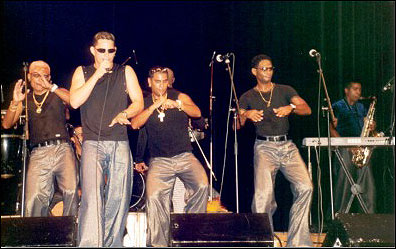 TAMPA, FL (CelebrityAccess MediaWire) — The Cuban band La Charanga Habanera was a no show for its September 3 concert at the West Tampa (FL) Convention Center. According to the Tampa Tribune, Tampa promoter Alejandro Gonzalez and the ticket sellers disappeared around midnight with a crowd estimated at between 300-500 people. Tickets were $35-$25 plus $10 for parking.

Gonzalez bought $700 worth of advertising on radio station WQBN 1300 AM, but, according to the paper, the check was drawn on a closed bank account. The venue was paid in cash because Carmen Diaz, the general manager, refused to accept a check from Gonzalez on the day of the show for use of the building.

Diaz said she received a voice message from Gonzalez the day after the scheduled show, apologized for what happened and said he was planning to repay ticket buyers.

Fans demanded refunds but got none. When the show's cancellation was told to the audience, a security guard also gave out Gonzalez's cell phone number.

To confound the matter, the band did not have the proper visas to even enter the country; Cuban bands are not allowed into the United States because the Bush administration contends such shows benefit the Cuban government.

Gonzalez has promoted concerts in Tampa by other Cuban artists, including Isaac Delgado and Los Van Van, who played last summer at the West Tampa Convention Center. –Bob Grossweiner and Jane Cohen