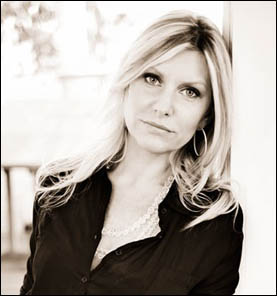 NEW YORK (CelebrityAccess MediaWire) — The Agency Group has announced an executive restructuring that will see Natalia Nastaskin named as the new CEO and General Counsel at the company. Nastaskin will step in to fill the role vacated by the departure of Steve Martin, a long-time agent and most recently president of operations in North America for the agency.

Nastaskin, based in the company’s New York office, has been counsel to The Agency Group since 2005, and will continue to handle legal affairs with an added focus on business development for the company. Prior to joining TAG, she headed her eponymous law practice, representing clients in both entertainment and sports.

Other changes to the executive structure at TAG include the promotion of Ron Bleiweiss to the post of Chief Financial Officer for the the company's U.S. operations. Steve Kaul has been tapped to serve as Senior Vice President, and Eddie Clemens has been promoted to Director of Marketing.

Bleiweiss is based in The Agency Group’s Los Angeles office where he held the position of financial controller since 2002. Prior to that, Bleiweiss was Sr. Director of Financial Planning at Virgin Records.
Kaul, based in the company’s New York office, has been with the agency since February of 1999, and represents a diverse roster of artists, including Nickelback, Built to Spill, The Jesus & Mary Chain, Dinosaur Jr., Seether and Citizen Cope. Before joining The Agency Group, Kaul was an agent at ICM, in New York.

Clemens, hired by The Agency Group in May 2012, and based in its New York office, previously held the role of Director of Tour Marketing, creating tour marketing plans and strategies for a slew of the agency’s clients, including major campaigns for Paramore, Guns n’ Roses, Wiz Khalifa, and Macklemore & Ryan Lewis. In his new role, Clemens will continue to be responsible for the agency’s clients’ tour marketing efforts, and will also focus on the company’s corporate profile and public relations strategy. Prior to joining The Agency Group, Clemens was at AEG Live NY, in the capacity of Marketing Manager. – Staff Writers