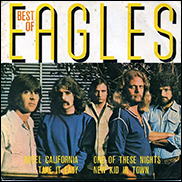 LOS ANGELES (CelebrityAccess) — After the death of founding member Glenn Frey last year, many people, including the members of the band, thought that the iconic rock band The Eagles would fade into the pages of history.

Well, as it turns out, those people would be wrong. The band announced that are planning to return to the stage and the surviving members have recruited some new blood to fill out their lineup.

According to the Los Angeles Times, the Eagles have tapped country music star Vince Gill along with Deacon Frey, the 24-year-old son of Eagles co-founder Glenn Frey to join the band when they perform at the Classic East and Classic West festivals.

“While I was still in shock during some interviews after Glenn passed away, I did say that I thought that was the end of the band,” Don Henley, 69, told the Times after a rehearsal for the festival.

According to the Times, the two new hires will divvy up Frey's part of the lead vocals for the performances. The Times reported that Henley was inspired to recruit Deacon after seeing him perform some of his father's material during a private memorial service held not long after Glenn died in January 2016.

“After he saw Deacon at that service, Don always said that ‘If there’s ever going to be a gig for all of us, I would want Deacon to be part of it,’ ” Irving Azoff, the Eagles’ longtime manager, told the Times. “It was the natural thing.”

However, despite the newly-expanded lineup, the band isn't making any commitments about performing or recording apart from their upcoming festival shows, which Henley characterized as 'experiments.'

“There’s a lot of pressure on us right now,” he told the Times. “We’re not too keen on adding to that pressure. I’m sure Irving is going to bring it up at some point… I’m not saying that’s not going to happen. I’m just saying nobody’s brought it up yet.” – Staff Writers