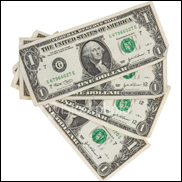 There was a space in my bookcase where I kept my cash, waiting for four bucks to accumulate…then I went and bought an album, which I played again and again until I knew every cut, until I accumulated enough money to buy another, when I repeated the process. You see, music was scarce.


Albums didn't always rule. Actually, I was one of the few people addicted to the long player back in the early sixties, most people bought singles. Why buy the album? You really only wanted the hit. But somewhere in the Beatles' ascendance, that changed. Maybe with the single-less "Rubber Soul", certainly with "Sgt. Pepper". The album was a statement. Suddenly everyone was buying albums, listening to FM radio to find out what to purchase, to experiment with. And then when these acts came to town, you went to see them. Tickets were cheaper, it was little more expensive than seeing a movie…but that's a whole 'nother issue. No, it's not. Let's ask that question, what makes someone go to the show?

Assuming it's not a has-been, not a classic rock act, what motivates the average person to overpay to go to the extravaganza? The hit. People didn't know much more than the Spice Girls' "Wannabe", they were caught up in the hoopla. And hoopla still exists, especially if you're like GaGa and put together a string of hits, but how about everybody else? How many people can have that many hits? How many can have hits at all?


Ever marvel at how a youngster multitasks, appears not to be overwhelmed by media? That's because kids today are only interested in great. They'll dig deep on something that fascinates them, otherwise they're just interested in the headlines.


There's too much information. And the way today's youngsters deal with it is to separate the wheat from the chaff. They're interested in the hit single, but they're not about to pay ten plus bucks for an album and play it over and over again to get it, that paradigm is THROUGH!


The listener wants great music. He's building a library, a playlist, it's akin to the early sixties, when singles ruled. Why buy the album? What are the odds the rest of the tracks are great? Very low. Furthermore, the album's not a deal. At least in the sixties there was an economic incentive to purchase the long player, that doesn't exist in the digital world. Maybe if the album were five bucks instead of ten plus. But then people still wouldn't listen to anything but the hit anyway.

In other words, the game we've been playing has died. Almost completely. And it's only going to get worse. And if you're playing the old way and bitching, you're missing the point.


If you're satisfied with the audience you've got and you want to satiate this small coterie with a collection of ten tracks, be my guest. But those not fans will ignore your long player, they don't care, it's too much music to penetrate, they're not convinced it's worth dedicating the TIME, if a single cut bubbles to the surface they're interested, but they're not going on a fruitless hunt.


So, if you're making an album as an economic vehicle, a product that can blow up and rain coin into your pocketbook, you're screwed, it just doesn't happen like that anymore, because almost no one has got the time to listen to anything but your best work.

A head-scratcher, I know. I'll give you an example.

I love One eskimO's "Kandi". I've listened to it at least fifty times, the same way we wore out singles in the days of yore. But have I played the entire album? Oh, I gave it a shot. But it doesn't sound anything like "Kandi". What I mean is it doesn't have that sly R&B sound, and with thousands of other cuts on my iPod, I gravitate to them. In other words, our collections today are not albums, but a playlist of singles.


Now this has huge impact on the business, everything from acts to labels to concert promoters.


Acts are going to inherently make less money, after all, people want less of their music. And those who are interested in a complete album are very few. Those days of ten million people buying the album just to get the single are done, they died with Napster, they're never coming back, the cherry-picking world of iTunes rules. If you want to last, you've got to super-serve a small coterie of fans. Don't tour the world, don't go for world domination, just satisfy your fans, because a fan will come see you live, will buy your merch.


Record labels… Suddenly, they've lost most of their revenue, and it's never coming back. You may be selling many more of one, but no one cares about the other nine cuts on the album. You shouldn't even make them, shouldn't even bother. Maximize revenue from the single. And scale back, knowing that the glory days are done.

Concert promoters? Who's going to come see the acts? In quantity?


That's one reason festivals rule. You get to graze. Most of these acts can play to very few solo, aggregate them and people get to sample, immediately giving a thumbs-up or a thumbs-down. Your festival appearance is crucial, you must kill, this is where you convince people to come see you again, but odds are most people won't.


And when the CD dies? And no matter what you read, it's on its way out, there's not going to be anywhere to buy it, sure there will be some indie stores, but so many of those have died, people will start wondering why you ever aggregated ten tracks together, the same way a kid today doesn't understand an 8-track or a cassette. Once the physical format dies, the whole construct is kaput.


First question its dedication. Do you want to play in this new world? Where a few beat-infused tracks can get airplay on Top Forty and succeed but people don't have to listen to Top Forty? Are you willing to work really hard for far less, knowing that mass success is not in the offing?


If so, woodshed until you create that one listen track. That's your main hope of your music spreading. A cut so good people will tell others about it. Will put it in their playlist and keep it in rotation. Then you've got to come up with another. And another.


And chances are, you can't.


Which is why you read about scenes in Brooklyn and the bands never reach ubiquity, because the average joe just doesn't care, doesn't get it. But people like Owl City's "Fireflies". As for the rest of the album, do you even need it?


This isn't about Apple. This isn't about the labels. It's not about the acts. It's about the audience. We've got incredible b.s. detectors. More music at our fingertips than we can ever listen to. And believe me, we want to listen. But only to what's great. Can you blame us?