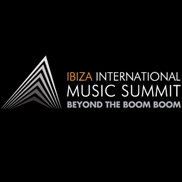 That’s where I am. For the IMS (International Music Summit), the kingpins of dance music, EDM or as Shelly Finkel informed us, ECM, “Electronic Music Culture,” which is what they call it at Live Nation.

Which is going deep. They just bought Insomniac. They don’t want to be left out. Is EDM the future?

The most fascinating panel so far was at the very beginning, wherein Kevin Watson presented the statistics. He said they were going to be posted on the IMS website, but what I didn’t know is they’re gonna charge for them, which is a big mistake, isn’t that how the labels got in trouble? Then again, those who need to read ‘em can afford ‘em and probably won’t do so anyway.

Information, it’s the essence of the modern world. But not the music business. The music business is built on B.S. Smoke and mirrors. Otherwise known as lies. That gig that sold out, it didn’t. That album that sold millions, it didn’t. And if a statistic is visible, like Twitter followers, they employ companies to muck them up, drive them up, so they ultimately become meaningless. Tell the label how many Facebook likes you’ve got, they don’t care. Online statistics are a way for nobodies at home to feel glorious. It’s a way for those not good enough at sports to get a trophy. But if you think amassing followers online is the key to long term success, you’ve never heard of Tila Tequila.

So what did I learn from the report?

You know, the ad that plays AFTER the show is over. Huh? Everybody thinks a show is an evanescent thing, one and done. But that’s not true at all. You’re in the longevity business, the repeatability business, the excitement business. You want people to feel they’ve missed out, that they need to go next time. Every act could do this, create a compilation of what they did on tour. But they don’t, because they can’t see the immediate benefit. That’s shortsighted. These videos are glossy and titillating and better than most stuff Hollywood releases. It’s the “Real World” on steroids. You want to go hang out, rub bodies… Yes, live music is about the experience, and you’ve got to make people want to go.

Marquee, almost as much

Heard of these places? Probably not. And that’s just the point. As aboveground as EDM has become, it’s still underground. Because it doesn’t appeal to the mainstream media. The talent isn’t made up of photogenic paraders, there’s no drama and the reporters hate the music. Which is why EDM is burgeoning. It’s owned by the young. It’s a perfect medium for today, not dependent upon recordings and based on the unstealable live experience.

As for Vegas… Is it the new Ibiza?

Well, Ibiza has got Ushuaia.


This is where you want to go. Take a look at the pics. If you don’t feel the bodies, if you can’t see the sex, you’re deaf, dumb and blind. And it’s far from free, there’s plenty of money to be made, selling not only music but a full experience, like hotel rooms.

Then again, Pacha blinked. In case you missed it, read the “New York Times” story:


The guy from Pacha on the panel today gave no additional insight. But the club took itself out of the game almost instantly. It’s like Katy Perry going back to Christian music. We’ll see if it lasts.

As for the Las Vegas/Ibiza war… Ibiza benefits from having a short season. Being all about the music. But never underestimate Vegas, the desert capital has the money.

As for clubs being the new venues…no one imagined playing rock in arenas and stadiums.

3. The Global EDM Industry is now worth over $4.5 billion.

Wasn’t the music business supposed to be dead?

Well, it just got reinvented.

Live Nation has it right, it is a culture. With everything the bankrupt rock culture once possessed. It’s for the fans. It’s deep. You can feel it. It’s not fly by night. Will it last forever?

Will it be as big as it is now?

Turns out it’s a hits business. Guetta’s crossed over, and now Calvin Harris has too, with 400 million YouTube views and Spotify streams, 7 million sales in the UK and USA, 1 million plays on SoundCloud and an estimated 500 million torrent downloads. Yup, free music can be good for you. But the main point is it’s now the aggregate, sales numbers are not everything, you’ve got to look at the total picture.

In order for EDM to continue its victory lap, it needs not only its Donna Summer, but many more. It’s started. But when you turn on the radio and hear EDM music regularly, you’ll know it’s here to stay.

Like the Irish guys I had lunch with told me… Dance is dead in clubs there. Fans want to see bands, like Imagine Dragons. But festivals are all about DJs. They’re thinking the bubble might be close to bursting.

And then there’s the DJ/fan relationship. It’s key. The business people are trumpeting branding, all those endorsement/advertisements with the private jets and high rolling lifestyle. That worked for hip-hop, but that’s a different culture. English agents thought it was putting a barrier between act and fan. That it was death. In other words, are we returning to a music culture? People get enough money culture in the rest of their lives, they might not tolerate it in dance.

But I will tell you the excitement of being here is palpable. No one’s bitching, the music is pumping, the scene around the pool is enticing, I’m all ears and eyes.

Just like Twitter, don’t think of apps as moneymakers unto themselves, but a way to service your fans. Furthermore, many more people downloaded the app than are attending the conference. Yes, you can play at home. Don’t think of apps as being long term, but rather short term information. An app for this tour…next year you create a new one. If you can’t stand in the audience and pull up information about what you’re seeing, the promoter did not do his job.