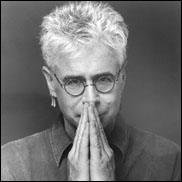 
Maybe on the east coast. But in L.A., it's just shy of midnight.


I should be winding down, loading up my car and driving to Felice's house for some shut-eye. But I'm all revved up, buzzed, even though writing's ultimately gonna keep me up all night, I have to.


I know these people who live in the West Valley. So far out, it's got a different area code. Could even be a different time zone for all I know. They may not lunch at the Palm, you might not see their names in "Hits", but they're in the music business. They've all got jobs, but their work is secondary to their avocation, putting on house concerts. And one of these music lovers decided to go big time, to put on her own acoustic music festival on the Santa Monica Pier.

On one hand, it was a mistake. This is a professional business. You can't compete with those who've dedicated 10,000 hours. They know how to rip you off, scam you in a way you can't foresee. But Renee Bodie wanted to put on a festival that no one else would, and therefore she had to do it herself.


I was stunned that the sound was so good. It's so hard to get it right outside.

Richard Thompson reminded me of the days when an executive like Hale Milgrim would sign an act like him to a major label. Natalie MacMaster was a real surprise. I went from not caring to running right down front, needing to be closer to her magic.


But I was absolutely stunned by Bruce Cockburn.


I was talking to Russ & Julie, Renee's West Valley counterparts, when I heard the P.A. system go live. I walked out to hear Renee give her thank yous. And then Bruce took the stage.


I bought my first Bruce Cockburn album back in the seventies, at Grammy N' Granny, my favorite record store in Westwood. Back when the record emporium was my shul, when I made a weekly pilgrimage every Friday afternoon. I'd say I was their best customer, but Ken Russell used to come and buy an armful of soundtracks at a time.


Then Donnie Ienner gave Bruce a big time chance twenty years back.
But even though those Columbia albums are stellar, they didn't break through. Bruce Cockburn works the margins. He's not an acquired taste, he's just a prisoner of the cognoscenti. If you know…


I thought I knew. But I HAD NO IDEA!


Bruce walked on stage wearing a thigh-length jacket that would keep the sand from your insides in the Sahara. I wasn't sure if it was a look, or whether, like the rest of us in attendance, he was fighting the unseasonable cold.


He picks up a green guitar, yes green, and starts playing in a unique way. How he's picking the notes, I can't exactly tell. He's got both a lead and a bass line happening simultaneously. It's riveting. I'm immediately transported to that place only music can take you. One where the rest of the world doesn't matter.


I'm slapping my thighs, caught up in the groove.


And then Bruce plays "Last Night Of The World".


I've got three versions on my computer, NONE of them are as good, as great, as the one I heard tonight!

"The radio's playing Superchunk and the Friends of Dean Martinez"


Old acts are supposed to be old farts. I don't know how many people in attendance knew who these two referenced acts were. But when Bruce sang this line, I swooned. You see "Last Night Of The World" is one of my personal favorites. It's the song I play when things are imperfect, when I see the challenges, but have enough oomph, enough chutzpah, to carry on.


Today a show is spectacle. Handlers say the MTV generation demands it, that music is not enough. But they're wrong. One man with one
guitar can move the world. Those in attendance tonight remember.
With their graying hair and lumpy bodies, they had to come out for that hit, that only music can give. Bruce is thwacking the guitar strings, punctuating the licks with lyrics. It's a concoction only an alchemist can create. Where before there was silence, now we were experiencing something exquisite, far more valuable than anything Tiffany can craft.


What would you do if it truly was the last night of the world? Log on to your bank account and see how much money you have? Go sit in your automobile? Luxuriate in your mini-mansion? That would be sad. If it's truly the last night of the world, possessions, accoutrements no longer matter, we're all equal. It's time to go out in the streets amongst the people and communicate, and party.


If it's the last night of the world, I want to be at the gig. A Bruce Cockburn show would be perfect. Because it would make me feel fully alive before I die.


I awoke to a tweet asking me if "the state of music has ever been THIS bad?" I responded that tech drives the world today. And that's truly heartbreaking to those of us who remember when it was the opposite, when you had to listen to the radio, to records, to know what was really going on.


Tonight I had hope. And I'd been hopeless. There were no paparazzi, no TV cameras. I thought I was at the Santa Monica Pier for an evening of entertainment. But that's not what I got. What I experienced was the ESSENCE OF LIFE ITSELF!

You play these records at home. Over and over again. You go to the show and the performances don't quite capture the magic, they're perfunctory. Without the studio wizardry, they just don't measure up. BUT NOT TONIGHT! My favorite song came early in the set, before I expected it. I could barely contain myself. I was singing along so loud I was afraid of irritating my neighbors, I was bouncing in my seat like I was spastic. That's what music does, it takes over your body, you're no longer in control, YOU'RE POSSESSED!


I'm looking up at the sky. With those clouds off in the distance, and the full moon illuminating the surrounding the landscape. On one hand, I'm so far from home. Where I grew up, the ocean was on the other side. Where you went to college, who your parents were, they were all that mattered. Rejecting that, I got in my car and drove to the land of the Beach Boys, where all could be accepted, where a bit of fun with your work was not taboo. L.A.'s where you come to reinvent yourself, where you come to take chances. Renee Bodie took a chance and started her own festival. I was the beneficiary. Bruce Cockburn's performance of "Last Night Of The World" was the best thing I've heard all year.

This YouTube performance is good, but nowhere near as great as tonight's performance. Because playing solo, Bruce Cockburn had to carry the entire tune, he had to be the engine that kept the song moving forward. Tonight, he was a veritable FREIGHT TRAIN!: http://www.youtube.com/watch?v=02TUsZzF6es