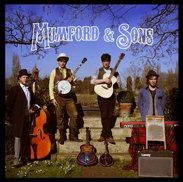 "Nobody knows anything." That's what screenwriter William Goldman famously said about the movie business.

No aphorism could be more true about today's music business. I asked everybody I came in contact with what brought 3,700 people out to see this band last night.


Maybe they'd paid their dues. From the Hotel Cafe to the Troubadour to the Music Box to here.


Maybe it was word of mouth. After all, you can hear everything online for free.


Maybe it was radio. KROQ was playing the track.


Once upon a time, Daniel Glass was the king of disco. A deejay turned promo man, he made a name for himself at Chrysalis, and after tenures at SBK and Rising Tide and Artemis, he went indie. Oh, he went indie once before, but that was when you did so in between big gigs. This time, it was for real.


And what did Daniel learn at Artemis? What a real artist was. Hanging with Jackson Browne and Warren Zevon and Rickie Lee Jones and all of Danny Goldberg's oldsters, Daniel learned how to truly spot talent. You get a vibe, a feeling. Like when he saw Mumford & Sons.

Another one of his acts told Daniel to check the band out. They were on Universal in the rest of the world, but Mumford & Sons signed with Daniel for North America. Because they could tell he believed.


Not that anybody else did.


YOU'RE GONNA PUT A BANJO ON THE COVER??


Daniel told his distributor not to complain, or he'd make it BIGGER!

The big track had "f*ck" in it? Daniel flew personally to Wal-Mart to plead the act's case. He said the use of the word wasn't scatological, don't we all f*ck things up sometime?


They bought it. They stocked the album.


And that's what it takes these days. Passion and commitment. Sure, relationships are key, but they're no longer enough. You've got to believe. To the point where other people become infected by your religion.


That's how I got into Mumford. I kept hearing people testifying how great they were. People with no attachment to the act, who heard their music and effused.


What can you say about a band with a standup bass, a banjo and no drummer? That they sound like nothing else?


Whilst Top Forty wannabes yearn to sound like the crowd, so they can get on the radio and get famous and garner some cash, real musicians run from that paradigm. If you're not making it up for yourself, if you're not original, you've got no chance of truly winning hearts. And Mumford has won hearts.


Nobody wandered off to the bathroom, nobody talked when they played new material. Which was both different and in some ways better than what's already been released. Growth, what a concept!


And you expect everybody to know the hit. But singing along to the album tracks?


There was a lighting array behind the band, but this show was really about the music.


If you're a twentysomething you know the classic rock acts, but they're touring on their past achievements. They've stopped taking chances, have become calcified, you can admire their work, you just can't be tantalized by it, made to feel alive, like there's no other place you'd rather be than in the audience having their music wash over you. Knowing this is not the end of the movie, but the beginning, that there is great new music to come.

That's what this summer told us. That people are sick of the oldsters and the poseurs, they want something real. Deliver something great at a reasonable price and people will show up in droves. Hell, people would have overpaid just to be in the building!


Remember when you had to be there? That's how it was at the Palladium last night.


Yes, Mumford is underplaying the market. It's not about getting all the money today, but establishing your career, making magical moments, there's plenty of time to reap dough tomorrow.


Mumford & Sons' music sounds authentic. There are no synths, no manufactured beats. It sounds like life. And last time I checked, we're all human. Don't you want something to touch your heart and soul? Great times are ahead. Acts like Mumford & Sons are leading the way. There are no rules. Practice, innovate, shoot for the stars. Do it your own way. Know that the audience is ready. Nothing touches people like music, no movie, no TV show, no Facebook wall. Get it right and people will bond to you forever. Mumford & Sons came to play last night. And so did the audience. It's not about show, it's about communion, a relationship. The band wore no outfits, performed no stunts, they just played music. And that was enough. More than enough. Because it's not about what you see, but what you hear.


I felt I was someplace special last night. At the intersection of what once was and what is gonna be. Rather than be afraid, walk back to what I know, I decided to put my belongings over my shoulder and walk into the future with a younger generation that is not envious of what we built, but is eager to go its own way.


I'm walking down this new road in wonderment of the riches towering over me.