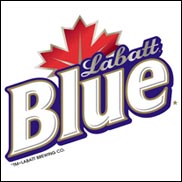 Are you a winner?


Everybody wants the glory, but few want to do the hard work.


So Michael Rapino grows up in Thunder Bay. That's closer to Winnipeg than Toronto. For those not Canada-savvy, that's NOWHERE!


And his friend at the Beer Store, that's what they call it, that's the only place to buy beer in Canada, tells him a job is open as a college rep at Labatt's.


So not only does Rapino track down the appropriate party, he develops a whole marketing plan, writes it down, before he shows up for the interview.


Are you willing to go the extra mile? Do you need it?

Getting a Labatt gig after college graduation, yes, Michael studied to become an accountant, worked at that for two weeks and gave up, he ended up becoming the number one rep. He read every book in the company library. He went for every educational weekend. He got promoted. He knew everything about the brand.


And then he decided one drunken night he wanted to be head of a concert company before he was forty.


Do you have that vision? He wrote it down on a napkin. He made it long before.

Then he was sent to Europe, where he shot sponsorship through the roof and got more and more territories and ultimately became the worldwide bigwig.


He not only wanted it, he NEEDED IT!


And don't forget he even defeated Michael Cohl in the process.

Oh, we learned that Live Nation is a pure concert play. And they don't want to sell tchotchkes with tickets, just more tickets. Artist fees are not going down, and it's all about the data.


Walls are done. That's what killed the record business. You're in it with your customers and the acts. And if you don't think Michael Rapino plays to win, you just don't know him.


This ain't the old music business. Where you get a few acts and win on intimidation. Saying you know everything when you know very little.


Rapino straddles the generations. He sees tomorrow and is not holding on to yesterday.


There are challenges ahead.


But now I know why he got the gig. You can smell the desire, the hard work, see both the charm and the sharp elbows.


It was fascinating to experience the man behind the image.


Greetings from Vail, Colorado, where it's dumping!


Makes me feel all warm and fuzzy inside, then again, that hot chocolate might have helped!


I just wanted to flesh out a bit more about Rapino's interview yesterday. By me, as a matter of fact. At Aspen Live. Which I want to tell you is worth ten times the price because of the relationships you form. You can get information anywhere, but you cannot develop friends who'll not only watch your back, but help you in this crazy business of music. Half my social life is peopled with Aspen veterans. We bonded at 8,000 feet. I can rely on them.

Anyway, Rapino talked about "the complex."


No, he was not referring to an edifice featuring superstar concerts, rather he was talking about the landscape. That's what we find too little of in music. People who cannot only see what's going on today, but what's going to happen tomorrow. Anybody can book bands, anybody can count receipts. The old guard specialized in this. The new guard knows it's a veritable land rush in music and you've got to run!


That's when I know you're clueless. When you give me the knee-jerk reaction. Usually toting out bare bones facts. Yes, the gig sold out…but did the act do two shows the previous time through? Was the building smaller? Did tickets sell fast or slow? Is this genre on the way up or down?


Everything is intertwined, and if you don't know how to think, you're not gonna be a kingpin in the new music business. Bullying and intimidation are history. Don't forget, Live Nation is a public company. Used to be acts insisted on being paid in cash, they didn't trust promoters. Are we really worried that Live Nation or AEG are gonna stiff us?


I get tons of e-mail from people every day imploring me to get them to the next stop. As if I were a bus or a train and you cou`ld get on my back and I'd carry you on to success. I don't have that power and it no longer works that way. The era of the gatekeeper is fading. If you're blasting e-mail, you might be making yourself feel good, but you're making no progress whatsoever.


Michael Rapino didn't knock on Frank Barsalona's door and tell him to give him a gig. Even if he got inside the building, Frank would have thrown him out on his ass. You've got to pay your dues, you've got to find your own way. And there's nothing holding you back but yourself.

That's the essence of Rapino's story.


First there's the hard work far off the radar screen. Becoming the number one Labatt's rep. Impress those around you first. If you're good, you'll get promoted. There was no beer chart that Rapino was trying to climb. He was in a backwater, just like you. Just because the Internet allows you to reach everybody, that doesn't mean anybody cares.


And then there's following your dream.


If your dream comes true overnight, you're shooting too low. Or your success is temporary. And if you're dreaming big there are steps in the ladder. Not just the bottom and the top rungs. If you haven't been working hard, feeling that you've made no progress, wondering if you should give up, then I'm laughing…because you're not working at all.


If you're bitching that you can't afford it, I'm disgusted with you. Get a job. Buy a computer. Get an iPhone. It's not like you need to buy an apartment at the Dakota to play in music. Yup, too many are sour grapes. You're building a business. Would you try to open a store with no money? Then what makes you believe you can make it in music with no money?


If you're holier than thou, proving that you're poorer than everybody else, the world is ignoring you. Have fun in your pity party, because you ain't goin' nowhere.


Then there's the trigger. Labatt was intertwined with CPI, Cohl's company. Rapino got the bug. And it's the bug that sustains you.


Rapino also talked about lanes to the top. There are only a few. And most don't take you to the zenith. Rapino figured out being a brand manager was one of the three ways to the top at Labatt's. So he shot for that job, got it, and did better than everybody else, so he could get promoted.


As he was investing in himself.

You might be drinking beer and watching television. There's nothing wrong with either of these pursuits. But those who triumph have no time to waste, all their time is eaten up with getting ahead on their path. If you're relaxing, you're shooting for the middle. And the middle is shrinking.


Then Michael left Labatt's to form his own concert company. He raised the money. Instantly lost nearly half a million dollars. You know what that feels like?


First, can you convince someone else to invest in you? It doesn't happen by begging, but proving yourself. Having a track record and a plan.


Second, when things go wrong can you make them right? Perseverance is out the window in today's society. But that's what it takes to succeed.


And once in Europe with SFX/Clear Channel, Rapino took on all the work no one else wanted. Other territories. And suddenly, he was a monolith, his accomplishments could not be denied.


We can argue all day long whether Michael Rapino is doing a good job at Live Nation. But one thing we can all agree on is he earned the gig. Just because he didn't come up as a backstage runner who worked for a famous concert promoter after interning at a label that does not mean he isn't qualified, that he hasn't paid his dues. You think it's important that someone's watching. But you build your resume on the inside! Come on, we all know friends with LinkedIn pages that make them look like a CEO, but in reality they're losers. They can't keep a job, they piss people off, self-promotion is what they do best. Most true winners do the work, the promotion comes after the fact.


So now we're in an era where Live Nation is a pure concert play and the upside is in ticketing, online, with ticketmaster.com. What we're seeing is whether Michael Rapino can execute. Whether he can generate bigger margins and make the stock go up.


Unlike the old fat cats, lifestyle is not as important to him as the mission. And he's got decades left in the game, he's not nearing retirement.


You can sit at home and talk crap about Michael Rapino all day long.


But he's not listening.


That's what you don't understand. You can have someone's e-mail address, their Twitter handle, you think you can reach out and touch them. But you can't. They're ignoring you. Because you're not in the game, you don't count.


But you can if you want to.