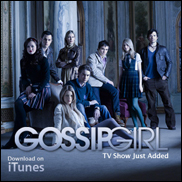 If I get one more e-mail from an act telling me that their worthless music was featured in some lame TV show I'm gonna puke.


I don't care that some hipster music supervisor with no budget featured a few seconds of your lame track. And neither does the public.

In an era where music lives online, where careers are built from the bottom up, on the road, do you really think that minimal TV exposure is going to give you your big break? Actually, e-mail me that your stuff's been in TV and I know you're desperate to make it, not willing to put in the hard time it takes to build yourself on the road, in some cases as long as a decade!

Bottom line, do people like your music? One fan can spread your story more than a zillion impressions in mainstream media. But you're looking to quantify your success, bring something home to show mommy and daddy. But the landscape is more amorphous, more confusing than that. You probably won't know you've made it until you can buy a house. And chances are it won't be featured on "Cribs", which isn't even on MTV anymore, is it?

Don't tell me about the VMA ratings. As if the number of people watching determines whether something is good. They didn't tune in for the music, but to ogle celebrities, oftentimes celebutantes, famous for nothing. If your goal is to be featured on TMZ and PerezHilton, this is your game, but this has got nothing to do with music.

What I just can't understand is why people think they're good.

One thing was better in the old days, only the great got to be exposed on a wide scale. Sure, there were the evanescent pop idols, but the acts who you were subjected to ad infinitum on FM radio were light years better than these idiots e-mailing me about their TV placements today. Grand Funk Railroad, a band reviled in its heyday, is better than anything on MySpace, the filter of yesteryear weeded out the utter crap.


But as lame as the purveyors are, that's how confused the public is.
People are looking for what to listen to. And they can't trust radio, with too many commercials and jive jocks, or newspapers, with hipster writers recommending albums that may sound good to an English major, but elude the rest of us. The only people they can trust are their friends. And, in case you're online deficient, in today's world
oftentimes your friends are people you've never even met.


Furthermore, amongst the younger, Twitter-addicted youth, there's a collective consciousness that defines what breaks through on a mass level. And this collective consciousness has got a crap detector nonpareil. They remember " The Macarena", they can enjoy a trifle, but if you want to be embraced, if you want to last, you've got to be real. And they don't abandon their favorites. But getting into their bosom is tough.

It's much easier to play by the old rules. But get a song in a TV show and try to book a gig. Gonna be very difficult. You're better off playing at the local bar, with a ratio of 80% covers to 20% originals. Not only will you be honing your chops, you'll be garnering an audience, if you're good. And people will spread the word and bring others down to see you.

If you're waiting to ride on the magic carpet of the music supervisor and major label A&R man, be prepared to be dropped off very soon, usually not far from where you departed. They're about money, not careers. And if they get any traction, they'll jam you down the audience's throat like an online stalker.

Oh yeah, have the tables turned completely yet? No! Most music is still acquired in the CD format. But that's paid for music. It's dwarfed by stolen/traded music. AC/CD was kept alive by P2P. Pink Floyd too. Kids discovered this music and then told all their friends all about it. Are you as good as AC/DC? AC/DC is so good, they don't even sell their music at the iTunes Store. They haven't played live since the turn of the millennium. The music itself is keeping the band alive.


Is your music that good?


So, either give up or admit to yourself that you're a journeyman.
That you're not John Lennon, never mind Paul McCartney. Almost no one is. There's room for a mediocre lawyer, a competent physician, but
not an average musician, not in the Big Top, not in the arena world.


You've got to be legendary. So give up now, or keep trying to get better. But know that true greatness is innate. And most of the legends were struggling, starving and playing for years before they got even a tiny break.