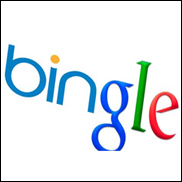 Do you have any friends trying to compete with Google? How about Facebook? Really, any of your buddies trying to replicate what they do?


OF COURSE NOT! THAT WOULD BE IDIOTIC!


Hell, it's even idiotic for Microsoft. Bing may finally have double digit penetration, but at enormous cost, billions have been lost, and profitability is not on the horizon.


So why do you think if you do it exactly the way everybody else does in music you can succeed?


It's a winner take all world. So if you're not defining the game, your odds of success are incredibly low.


You want someone else to help you. Look at the tech pioneers, from Jobs to Gates to… Were they crybabies, looking to be rescued by someone already successful? No, they wanted to do it their way. They didn't want to give up control. They believed no one understood what they were doing better than they did, why should they give up power? Jobs turned Apple over to Sculley, look how that worked out.


If you're trying out for a TV singing show, you're part of the me-too world. You're asking for entrance to the kingdom, as a serf. You want a guarantee, you want to be taken care of. A few succeed, but their careers are riddled with old men telling them what to do, it's like growing up and having your mother and father on your shoulder constantly, when you're in bed having sex, when you go to a job interview, you can never be your own person… How much fun is that?

We're in a destructive period in the music business. Wanna know why? The business is run by managers. I don't mean the kind who develop talent, personal managers, but business people. Running the edifices built by those from long ago.

Ahmet Ertegun built Atlantic. No one involved at Warner Music put up his own money. Do you really expect the revolution to come from there? Sure, Kallman and Lyor started outside the game, but they sold out for the big money early on. Take away their fat salaries and throw them out in the real world… They'd probably retire. It's all about the money.


And they're the good ones.


Jimmy Iovine's been sucking at the tit of others forever. It's about winning for Jimmy, not for you. If there are not a lot of bucks involved, forget it. I must give Jimmy credit for creating Beats, then again, what kind of screwed up world do we live in where he can work for a major company and do something outside its purview? James Hetfield insisted there be no outside projects in Metallica, causing the exit of Jason Newsted, but Jimmy Iovine can work for the man and make independent solo records? Huh?


The major label execs are not hungry, except for themselves. They're anything but renegades. Want a renegade? Look at the people who started Spotify and Kickstarter. Kickstarter is the best thing to happen for emerging talent this decade. You can go straight to fans, raise money that way. Did the idea come from a major? OF COURSE NOT! The major is about being self-perpetuating, about preserving its core, not about innovation.


And there's no innovation in music.


Want to be successful?


Make music that sounds completely different from what's being sold by the big boys. You'll have no competition. You'll gain an impenetrable, unbeatable head of steam before they know what's happening. Sony never could create an iPod. Do you really expect the major label to compete with your innovation? You're nimble, you're about the music, they are not.

As for Live Nation and AEG… They're about money, pure and simple. If you think they're about music, you've never left the house, you fell off the turnip truck and were immediately brought inside. If you think you're gonna become a promoter and outbid the big boys for major talent, good luck. Isn't that how Jack Utsick got in trouble? You can't win at that game. But, you can promote bands they don't want to. You can partner with new loyal acts.

But everything now flows from the acts. The acts are king. But too many acts don't want this responsibility. They're looking to cash in, to sell out. It's as if Elton John's goal was to make a hundred million dollar deal after his third album. To get a check, retire, and let someone else be Elton John. Huh? It's all about you, you've got to be in it for the long haul, forever. The money must be secondary. It's got to be about the music.


The music must gain you followers. You must hire a team that works for you. You must barnstorm across America. You must live and die by your music, without a safety net, like a Silicon Valley startup. All the rewards will be yours.


But don't be afraid to change direction. Learn from your mistakes. Find out what works and then follow that.


You're in control, you're in charge of your own destiny.


Are you up to the challenge?